In reality, all of the hot sauces we made a few weeks back were just a diversion from our main work of the day: to make awesome homemade ketchup. What we learned and what we did all follows below:

1) You're not making Heinz 57. I'm one of those people who doesn't like organic ketchup because it tastes too healthy and not like ketchup at all. And really, you have to think of this as an entirely different thing. A delicious sauce you can use for dipping and hamburgers and putting on Cobb Salads, but definitely not ketchup.

2) Fair warning: This all takes a long time, and it's summer and it's hot and you'll probably get sick of cutting tomatoes in half and waiting hours for them to roast, then waiting several more hours for the sauce to get thick enough. Don't say we didn't warn you.

3) Don't use a recipe. This is easy stuff, and just like with everything else homemade, it's really about what you like. See rule 1 above.

4) MOST IMPORTANT RULE! Ketchup is about two things: SWEET and SOUR. Bet you thought one of those things was going to be tomatoes, but they're not essential at all!

If you're interested in ketchup's history, I'll point you over to this piece in the LA Times. Turns out it was (likely) born in China, traveled to Europe, still sans tomato, and then came over here, where it seems to have finally met its tomatoey soulmate.

At this point, feel free to go make ketchup because that's really all you need to know. We'll keep going and show you what we did to arrive at our final ketchupy product, however, mostly because we like taking photos. 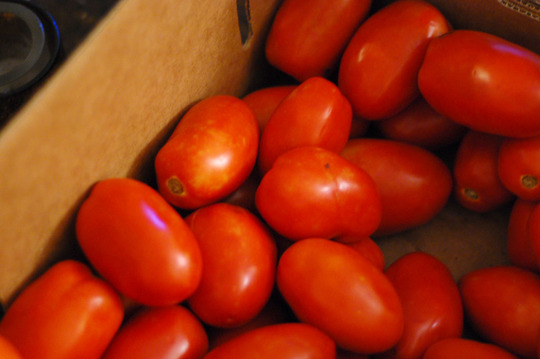 Buy a ridiculous amount of tomatoes. We bought 25 lbs of plum tomatoes for $15 at the Fort Greene Greenmarket, and though I have no idea if that's a good deal anywhere except Brooklyn, I'll take it.

It's important to get plum tomatoes if you're making sauce, since they're blessed with lots of flesh and not much juice or many seeds. You know how everyone gets all excited about San Marzano tomatoes and buys them in $5 cans at the bodega? It's because they're plum tomatoes, and because they actually are good for this stuff.

We roasted 'em, because the internet seems to think this is a good idea. And it was!

More flavor, less time simmering on the stovetop. But beware, it takes about an hour at about 425 degrees, which is a surefire way to also make your kitchen 425 degrees. 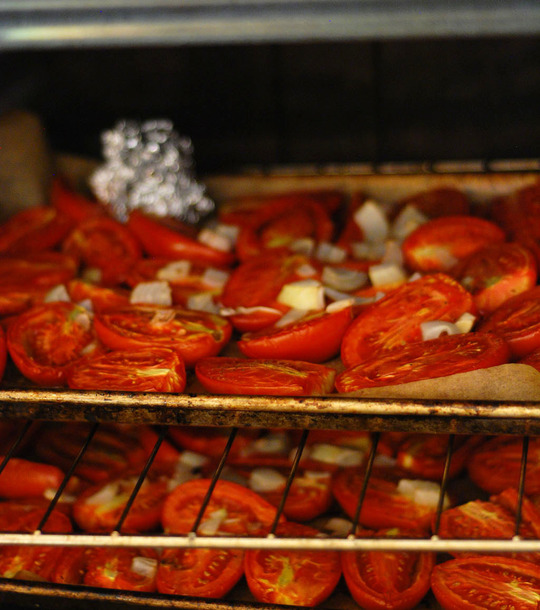 Mirepoix! Some ketchup recipes used celery, and some others used onions, so we thought why not just go all the way French and throw in some carrots. Cook it for awhile, until everything's nice and caramelized. 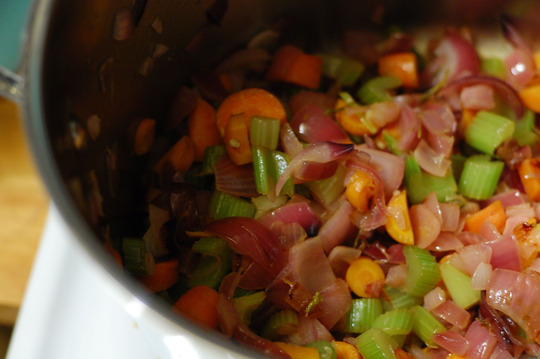 Add your tomatoes and flavorings. This is the point in the proess where I started looking up hot sauce recipes and drinking beer while Soma dumped random things into the pot, so it's all a little cloudy. Despite that, I'm fairly certain we added all of the things below.

Your sweet is mostly from brown sugar. You'll be horrified at the amount of sugar you need, but then you'll remember that Heinz ketchup is about 80% HFCS and will instead feel virtuous about using real sugar.

Your sour can come from vinegar or real live citrus. We think we used both lemon juice and apple cider vinegar, but we can't quite remember. Just use what you like and keep tasting!

Your spices: pickling spices are a good and traditional choice here. We just dumped them in, but you'll probably want to steep them in the vinegar before adding it. Salt too, lots of it. 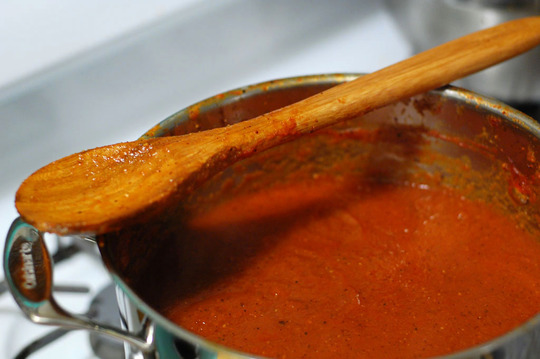 Keep cooking until it's thick, and then freeze or keep in the fridge for a couple weeks. You can also process the jars so they keep forever, but we're too lazy for that. 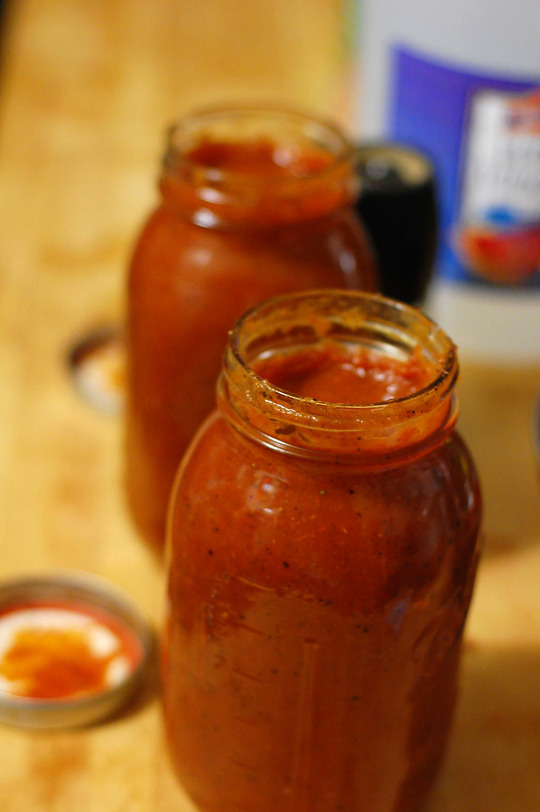 ← Online Classes from Collage... The Society for the Advance... →