If you're like us, you might have a hard time remembering whether it's Roosevelt or Randall's Island that has all the sports fields, or which island Typhoid Mary was imprisoned on, or basically anything else about NYC's many confusing islands.

This happens to us far too often, so we decided a cheat sheet was in order. Below you'll find a teeny guide to some of the most interesting and talked about islands in the city. It's not even close to being exhaustive but intended to be a quick reference when you're trying to put your finger on the island with the tram. (Roosevelt!)

Let's start with what is arguably the most famous of the group, Roosevelt Island.

Location: In between Queens and Manhattan, it's super long and skinny. 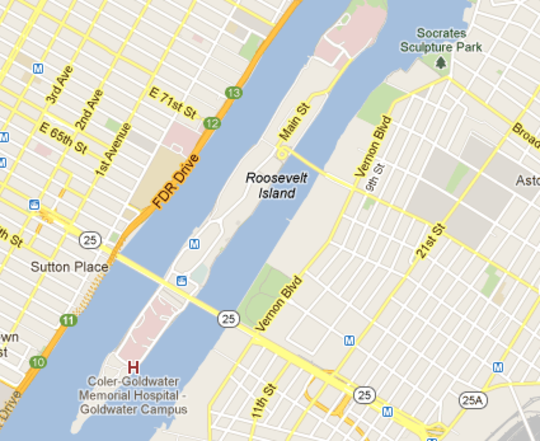 Talking Points: Okay, there's a lot to say about Roosevelt, but we'll keep it simple.

* The Tram is by far the coolest mode of transportation you can use a Metrocard on. It's been in operation since 1976, though it was originally intended to be temporary while the subway connection was completed. More popular than they thought, it became permanent, and it's probably a good thing, because the F train stop didn't open until 1989.

*FDR Four Freedoms Park - Roosevelt Island's especially exciting for architecture nerds at the moment, as this new work by Louis Kahn is under construction. Kahn's been dead since 1974 and is widely regarded as one of our best modernist architects, so it's a pretty big deal to see one of his last projects actually being built. Plans for the memorial languished until a few years ago, but now construction's underway and it's scheduled to open later this year. I'm really excited about this, seeing how much I just blabbered on about it.

Location: part of Manhattan, it's attached to Ward's Island to the south by a landfill. 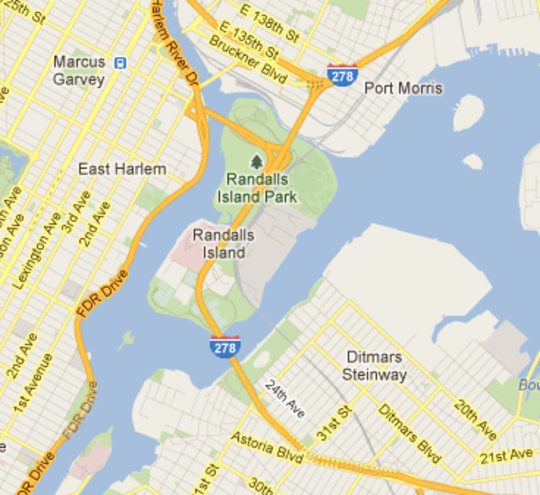 * Sports fields: home of Icahn Stadium, and the awesome seeming Randall's Island Golf & Sports. It's the only island mentioned here with a mini-golf course, so I think we can all agree that it's the best.

* The Triborough (now RFK) Bridge runs across the island.

Location: Way north, in the Bronx off Pelham Bay Park. Drive there! 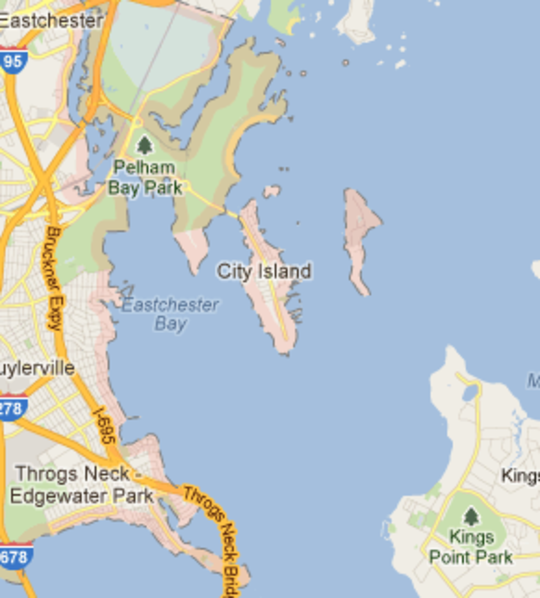 * They always say City Island's like a New England fishing village, and like many a small New England town, it's famous for its seafood restaurants. City Island's been residential for a long, long time, now home to 4,300 New Yorkers and is officially part of the Bronx.

Location: Just to the NE of City Island. No bridges or ferries though, and you aren't supposed to visit. In fact, access to the Island is controlled by the Department of Correction (it used to house a prison). 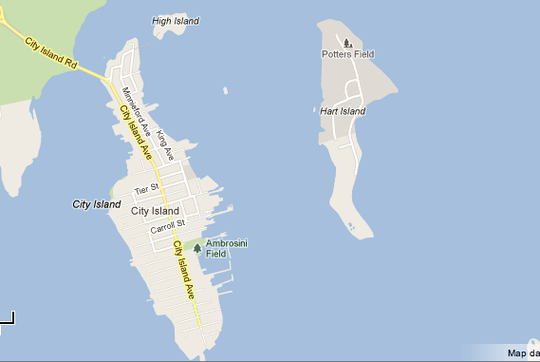 * Potters Field: the island is now home to the "largest tax-funded cemetery in the world." Since 1865, it's been used to bury "unknowns," those who die in New York City without family or identification. There are currently 850,000 people buried on the island.

* Was also a POW Camp during the Civil War

*Etymology: the "Hart" either came from the shape of the island (which kinda resembles a heart, maybe), or the English word for "stag." Your choice. 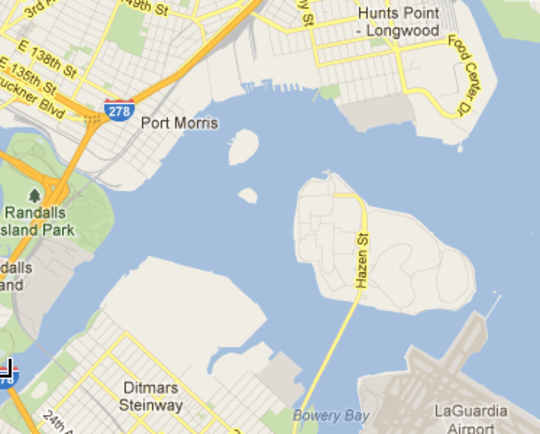 Talking Points: North Brother Island has a lot of sad history for such a tiny place.

*General Slocum disaster: North Brother is infamously known as where the General Slocum crashed in 1904, killing over 1,000 people. They were mostly German immigrants, and largely women and children on their way to an annual church picnic. A fire caused the ship to sink, and lots of those on board couldn't swim or were weighed down by heavy wool clothing.

*Typhoid Mary: Poor Mary Mallon. She kept getting people sick with typhoid through her job as a cook, even though she herself was asymptomatic, then kept getting put into quarantine on North Brother Island, for the final time in 1915 until her death in 1938.

Location: North of Queens, right near Laguardia. Fun fact, it's actually part of the Bronx, even though it has a Queens zip code. It's the large hunk of land in the map below, practically touching LGA's runways.

* Prison: Yep, you probably already know that Rikers is a jail. There are generally 14,000 inmates on the island at any given time, and its census figure gives it more permanent residents than Roosevelt Island.

*Etymology: It's named after the family that owned the islands - the Ryckens - who eventually sold it off to the city in 1880.

If you know these, you will win the adulation of everyone you meet!

Location: They're all right next to each other, in between and to the north of City and Hart Islands. 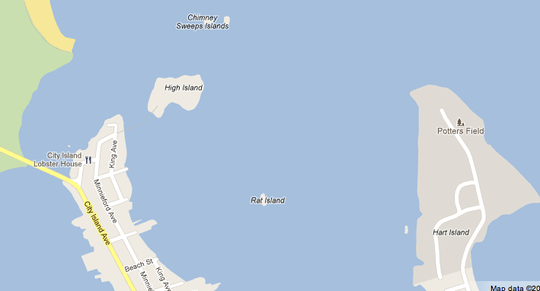 Rat Island: It's tiny and made of Manhattan Schist. Wikipedia reports that "the largest inhabitant of the island is usually a Great Blue Heron that sleeps on the island during daytime." Rat Island also has the distinction of being privately owned - it was sold in 2011 for $160,000. At one point, it housed a typhoid hospital and event an artists' colony in the early 20th century.

Chimney Sweeps Islands: There is really nothing to say about these guys. No one lives there anymore, but in the early 20th Century, a German family ran a "tavern for local boaters." They do, however, have a Foursquare mayor.

High Island: Just north of City Island, you can walk to High Island (at least in theory) when a sandbar connects it to City Island at super low tide. No one lives there, but it is home to some gigantic radio transmitters.