When you go to Chinatown, you're morally obligated to buy strange and unfamiliar goods, then decipher (and eat) them back home. It's Chinatown Roulette!

I was on the prowl for Taiwanese sarsaprilla for my root beer class when I was suddenly found myself face-to-face with the drink of my dreams: 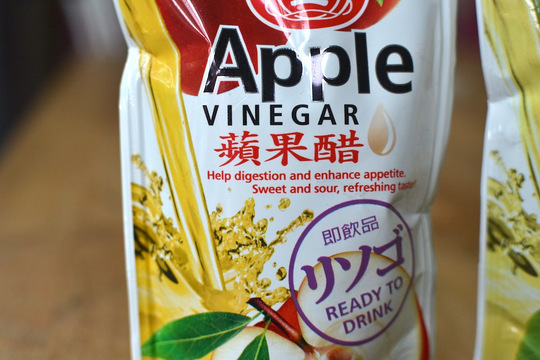 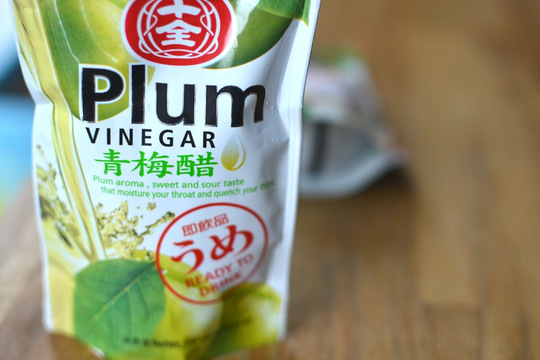 A poorly-kept secret about me is that I love vinegar. I will do shots of black vinegar for little to no reason. I will spend hours googling about drinking vinegar to see if it will kill me, or if other people do it, too (Japan does!).

This was the first time I'd really seen something that was officially drinking vinegar, though. So they got bought, and they were gonna get drunk.

As an added benefit, they'll make me healthy, too. The apple one claims to "help digestion and enhance appetite," while the plum will "moisture my throat and quench my thirst." Not really impressed with the benefits of the latter, but I'll admit my throat does need some moisturing every now and again. 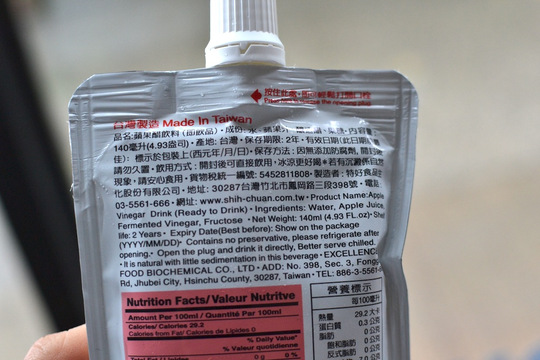 First off, can we just for a second highlight that it's made by EXCELLENCE FOOD BIOCHEMICAL CO., LTD? It's memorable because (a) it's definitely who will run the food chain in 2036, (b) I've bought things produced by them before.

A few months ago I came across some fancy mulberry vinegar, not just in a fancy bottle but in a fancy decorative cardboard box, like Scotch. What. Despite its airs, t was not suited for drinking. 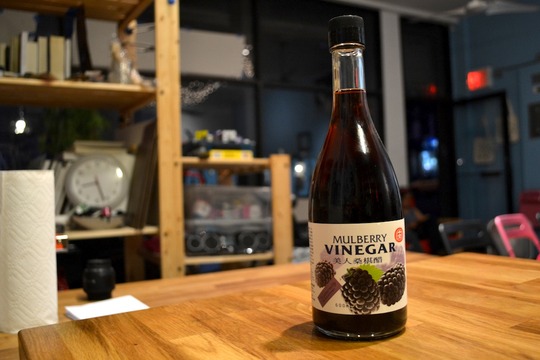 But enough of the old! Turn now to bask in the light of the future of drink-tops. 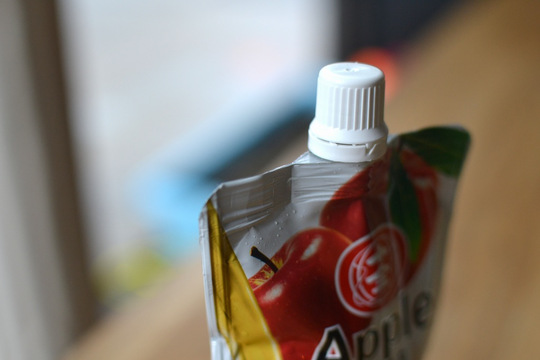 They're both bag-ish, but come with fancy twist-off tops, very much a grown-up Capri Sun. 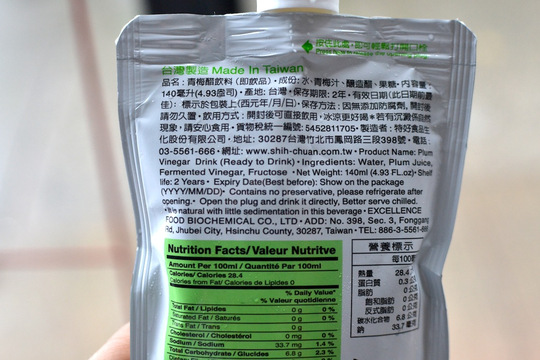 Disappointingly, you can't even tell there's anything in those cups, much less which is which. I'd expect a little bit of color from an EXCELLENT BIOCHEMICAL product!

It tastes like you are drinking vinegar. The vinegar isn't exceptionally appley or sweet or anything, it's just like... a very plain vinegar. I do not question that it is currently helping my digestion and enhancing my appetite.

On second tasting, maybe it does taste like watered down apple cider.

It tastes like green apples. Swear to god, green apples. It's perfectly sweet and only a little sour, it is an amazing perfect drink. How is this the plum one?

I blind-taste-tested Jen and she picked the plum one as being the apple one. With certainty. Weird.

The same company also sells grape, pineapple and peach flavors; I saw the grape ones at New York Mart but they was only being sold in an eight pack. I got my singles at New Kam Man on Canal.

Turns out that vinegar drinks are absolutely a Thing. Toby Cecchini called them "the first truly nonalcoholic drink [he]'d ever had" in the NYT, and even hits you with a recipe for how to make them. The most important part, though, was was they're called in the US: shrubs. 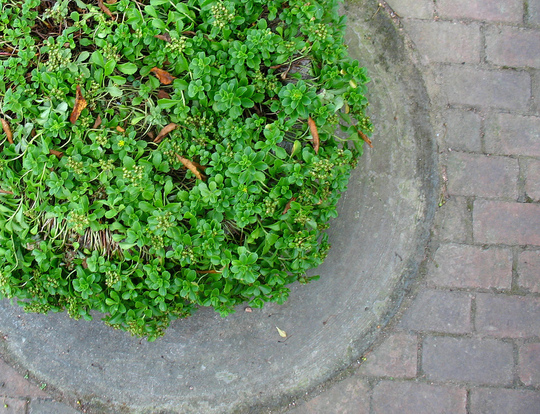 It is remarkably difficult to find pictures of drinkable shrubs on the Internet. Here is a non-drinkable one from Flickr.

Colonial Americans would preserve fruits in vinegar, and then mix them with water and sugar in the summer for a refreshing drink. And shrubs were born! Switchel, a pitch-perfect summer drink which demands a post all its own, is nothing but water, apple cider vinegar, sugar and a touch of molasses.

Don't worry, though, shrubs can also escape the world of non-alcoholic drinks. For the tipple-friendly readers, your next stop should be Cocktail 101: How to Make Shrub Syrups over at Serious Eats.

A while after I bought these, Jen told me about Bragg's Apple Cider Vinegar Drink. Now to track some of it down and have a good ol' East vs. West showdown.