If there's one thing Homemade Root Beer, Soda & Pop and Fix the Pumps neglected to tell me in their deep dark secret-revealing takes on root beer and soda, it's that sarsaparilla is totally a thing in Asia.

I'd thought it was just for olden days cowboys and specialty soda producers, but I was w-r-o-n-g. It shows up all over the place sporting the name sarsi.

While we in the Western hemisphere have condensed all our herb-y, root-y drinks into vanilla-and-peppermint tinged root beer, there's a whole long lost set of relatives hanging out over in Malaysia and the Philippines. And root beer class was definitely the best place to have them all fight it out. 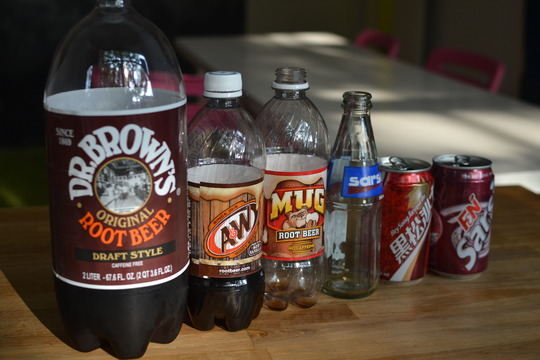 Looking back on the battle (bottle?)

Tasting order was right to left, and no one had a favorite root beer going in so we can be assured of the impartiality of the taste testers. Yes, we didn't pick fancy American root beers. Yes, the depths of my soul burn as a result. 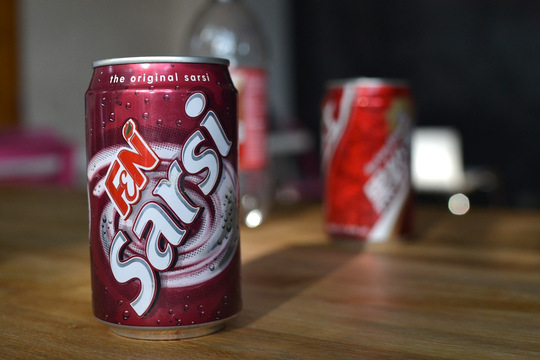 F&N Sarsi is the only sarsaparilla in Malaysia, but was hands-down the winner out of everything we tried. Eleven out of fourteen people said it was their favorite, and I was heavily heavily criticized for not really liking it.

F&N is an awesome soda company because they make an ice cream soda. 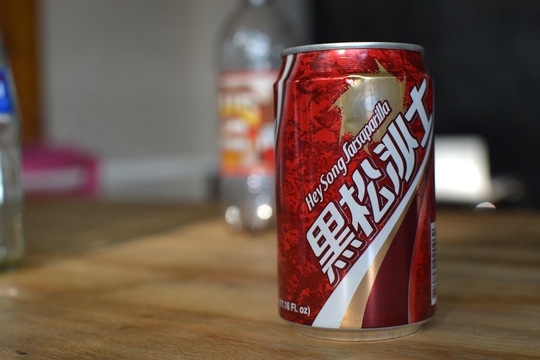 Okay, so once again, I come out of this one criticized. I felt like Hey Song Sarsaparilla tasted like black cherry root beer, but I was overruled. Only 2 out of 14 tasters gave it a thumbs up. No one else was comfortable with the flavor of bubblegum in their soda, I guess.

And by "I guess" I mean "everyone really hated this."

Both the F&N Sarsi and the Hey Song Sarsaparilla were 11 ounce cans instead of our standard 12 ounces. Weird. 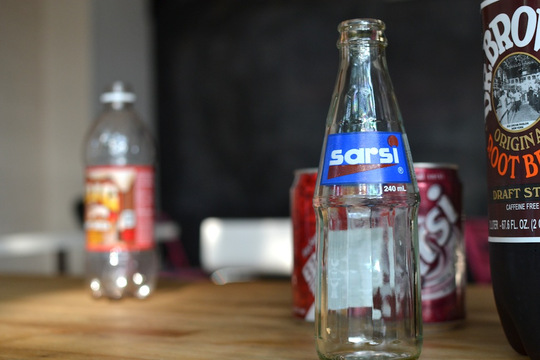 This one wasn't as offensive as Hey Song, but no one really thought it was the bomb. 7/14 thumbs up. The most constant criticism was that it just didn't have any sort of zing or magic to it, it was just sort of like fffflllaaattt booorrriiiinnnnggg vaaaannnniiillllllaaaa stretched out all over your tongue. 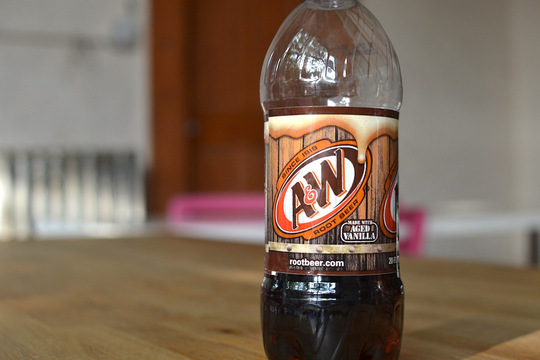 A&W was the #1 choice of all the American root beers we tried (I know, we didn't have a good selection), but it still didn't fare very well. 5/14 gave it a thumbs up, but most people found it bland after trying to more exciting sarsaparillas. A chocolate flavor really seemed to come through - one taster said he'd never really tasted it as being chocolatey before, but when put up in contrast to other drinks it really came out. 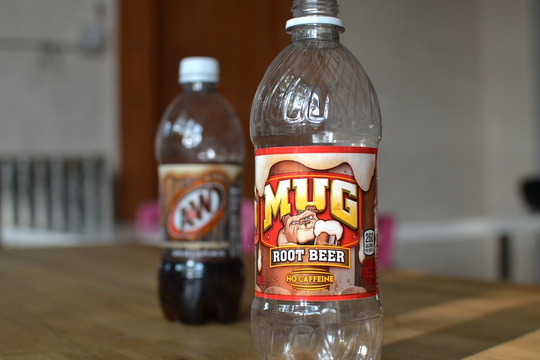 Mug has a whole story spun out on its web site about that dog. In case you were curious, his name is Dog and he roams the country looking for Mug Root Beer. He also saved an overturned truck once. 4/14 approval. 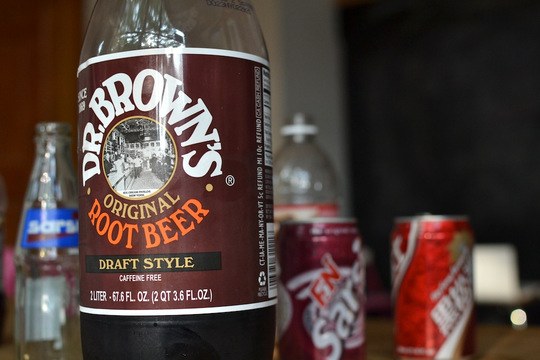 I figured that Dr. Brown's, having some indie credibility, would really pull the US out of the pit that the major brands dug. It sure didn't, though. 3.5/14 gave it a thumbs up, putting it just above the much-maligned Hey Song Sarsaparilla.

The worst of the lot was Hey Song Sarsaparilla (2/14), for being an unpleasant carbonated combinatination of various gum flavors. It's interesting that Hey Song came in last for having too much wildness going on, whereas the other low rankers (hey hey USA!) were in trouble for being bland and boring.

We did a strong disservice to the ol' United States for not including any of the smaller brews. These days the two major flavor components of root beer are wintergreen and vanilla, and the more craft versions are apt to take some risks with a secondary flavor like anise or clove. They also tend to jack up the wintergreen a lot more to give a sharper, more interesting bite.

F&N's Sarsi came in first place by a laaaarrrgggeee margin, though. 11/14 wasn't just people who liked it, it's people who agreed that it was now their favorite root beer ever. Looks like we're all moving to Malaysia.

If, though, you'd rather not move to Malaysia, you need to get right over to Asia Market at Mulberry and Bayard. Unlike a lot of other Chinatown grocers, it actually focuses on areas outside of China. It's full of Malaysian, Thai and Indonesian products, and is where I picked up several F&N products as well as the Filipino sarsi.

We'll need to do this again with a couple more powerful American root beers in the mix.

← Online Classes from Collage... Some Fun Facts About Sutures →