Tonight (Tuesday! January 3rd!) the Society for the Advancement of Social Studies is rearing its educationally boozy head at Public Assembly in Williamsburg - details here. Topic: The End of The World.

While 2012 and Nostradamus will make appearances, I'll personally be handling doomsday cults. Since I have a scant 20 minutes to tell you everthing you need to know, though, I figured I'd drop you a line here about the most important part of doomsday cults: corporate sponsorship!

While it doesn't actually exist, it seems that doomsday cults are really into brand names. 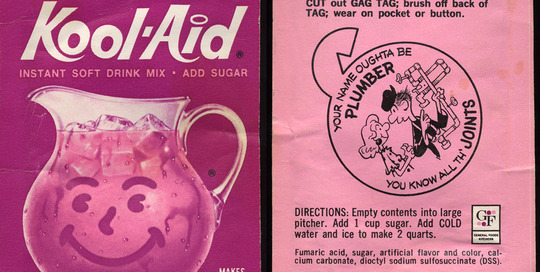 "Drinking the Kool Aid" is, as you probably know, rooted in the Jonestown Massacre, a mass suicide by members of the Peoples Temple. Over 900 people died when drinking a deadly red cocktail of Valium, chloral hydrate, cyanide, and Phenergan.

Great advertising opporunity? Not so much. Beyond the fact that it was a mass suicide, it turns out they were actually drinking Flavor Aid, a less expensive alternative to Kool Aid. Looks like Jel Sert is going to have to lean on Otter Pops for fame. 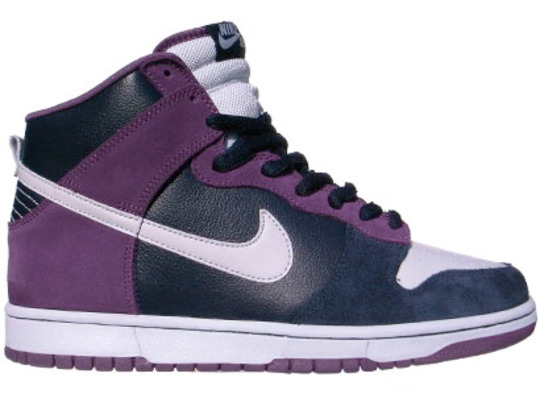 In 1997 the members of Heaven's Gate^ killed themselves to gain passage to a spaceship trailing the comet Hale-Bopp. When their bodies were discovered in a San Diego mansion, they were all wearing coordinated outfits - black shirts and sweat pants, purple shrouds, and Nike Decades (not Windrunners!).

Eleven years later in 2008, Nike was all set to produce a pair of SB Dunk high-tops designed by Todd Jordan. The catch? They were inspired by the Heavens Gate suicides! When they realized that was going on, Nike quickly pulled the pair and replaced it with another, but a year later they released a shoe that looked startling similar, christened the unHeaven's Gate.

Bearing the Heavens Gate colors and a Decades/Windrunner aesthetic, one has to wonder how it got through the second time without a corporate blessing. 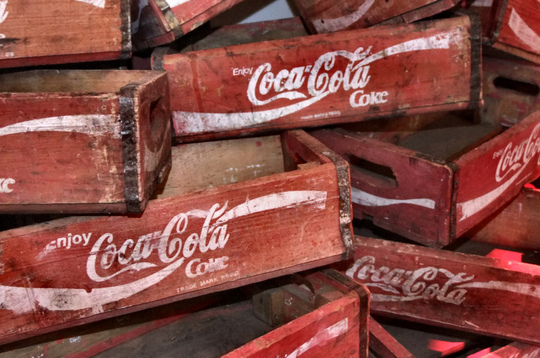 And we'll now end with media reports of the Movement for the Restoration of the Ten Commandments of God^, who operated out of Uganda. After a failed prophecy regarding the end of the world, they had a big party to celebrate the no-wait-really-it's-coming-this-time end of the world. Let's roll with some quotes:

The previous night, cult members were treated to an unprecedented celebration: 70 crates of Coca-Cola were ordered and a bull slaughtered

and my favorite, which comes from Wikipedia: "In March 2000 the group began slaughtering cattle and buying massive amounts of Coca-Cola. These events did not initially raise alarm"

Following the Coca-Cola binge, cult leaders locked their followers inside of a church and set it ablaze with sulfuric acid. I have no clue why news reports seem to lean so heavily on the fact that it was specifically Coca-Cola that they drank, but I'm sure Pepsi was relieved.

The Society for the Advancement of Social Studies

Get Ready for the End of the World at SASS, January 3!