Yesterday, we had the awesome experience of visiting the Brooklyn Army Terminal on a tour with the great folks at Turnstile Tours.

The Army Terminal is located along the Brooklyn waterfront in Sunset Park, around 1st Avenue and 58th Street. If you've never been to 1st Avenue in Brooklyn, you're definitely not alone. 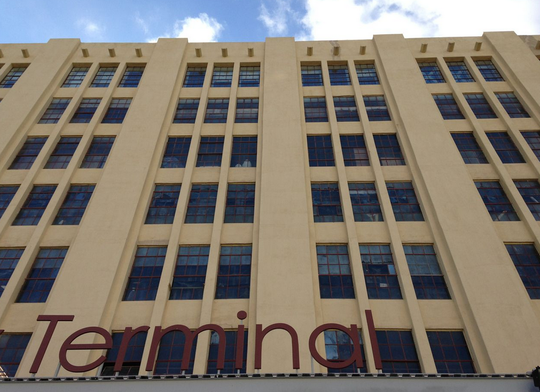 Built as a distribution center for troops and supplies heading to Europe during World War I, the Terminal was designed by Cass Gilbert, who also designed the Woolworth Building in Lower Manhattan.

At the time of its construction in 1919, it was the largest reinforced concrete structure in the world, and its massiveness is hard to overestimate. Even today, when we're used to seeing huge buildings all over New York City, the Terminal's size is impressive.

One of the most famous parts of the Army Terminal is the Atrium in Building B (below).

Train tracks run through the center of the atrium, allowing a large overhead crane to move goods directly from the train cars onto the cantilevered balconies along the walls, where they were then moved into the warehouses. It's a beautiful space and well worth checking out in person. 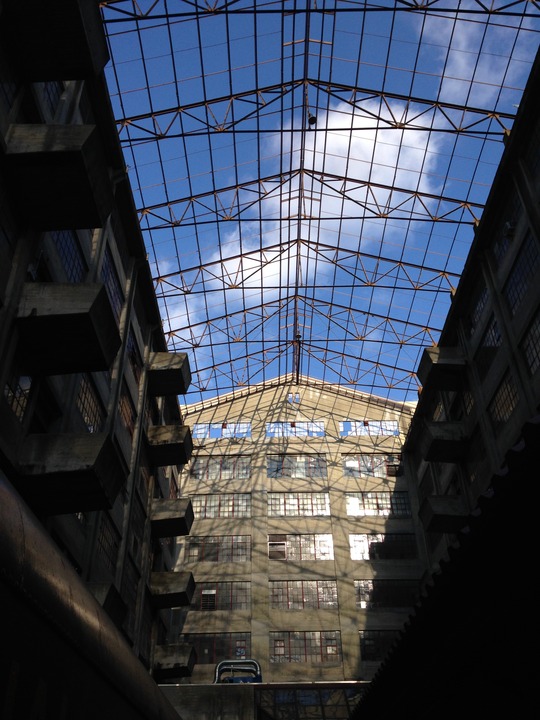 a view of the atrium 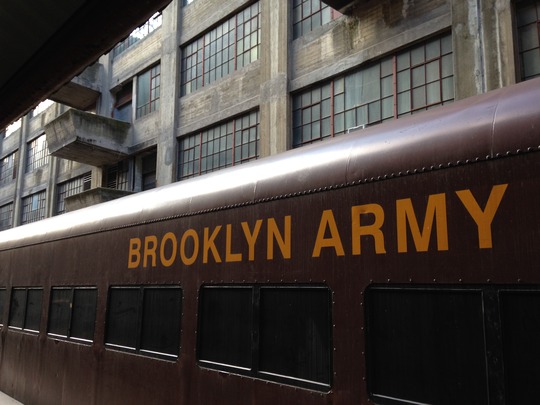 Train tracks ran directly into the center of the atrium.

If you'd like to get inside and see for yourself, Turnstile Tours offers public tours of the Army Terminal a couple times per month, including one on December 14th.