While digging up our backyard at the Brainery this spring, we found this nearly intact and neat glass bottle. I'd never heard of Nedick's before and was kind of loving the logo, and so I did a little digging around. 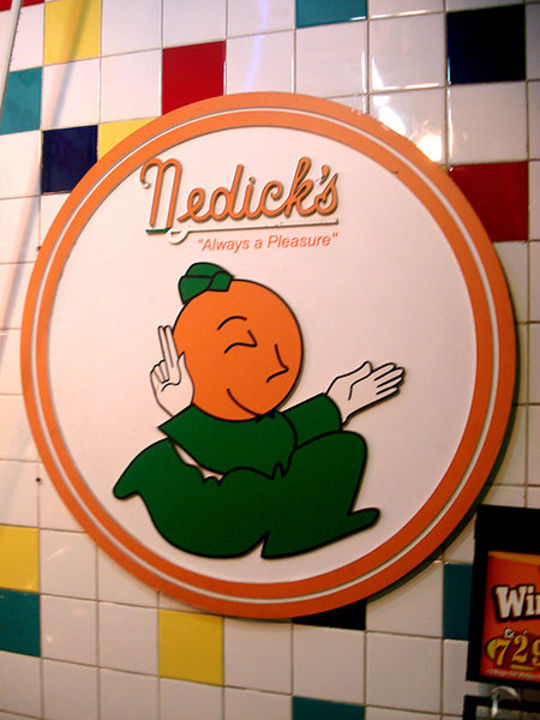 a newer version of the logo, originally trademarked in 1944

What was Nedick's anyway? 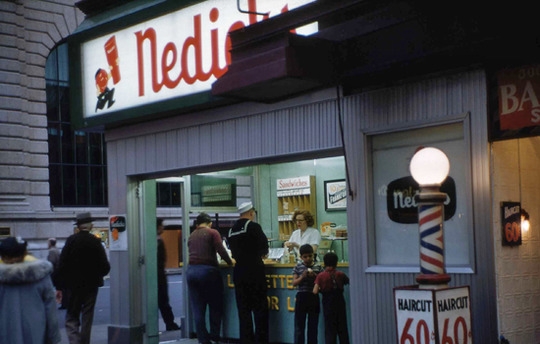 The first Nedick's was a stand founded sometime around 1913 in New York at 23rd and Broadway. Its name came from combining the last names of its two founders, Neely and Dickinson, and the stand quickly grew into a chain found throughout the NYC area until the 1970's.

Nedick's became famous for their orange drink and grilled hot dogs, and I loved this remembrance of a location we're probably all familiar with:

I grew up in Brooklyn and Nedicks had a small stand right outside the Long Island Railroad on Atlantic ave. across fro the big downtown Williamsburg Savings bank which is still there and is most famous for its clock...Of course I always had to stop and get one of the great hot dogs which were grilled to a perfect crunch like Nathans. They shaved the sides of the buns and had these tiny little perfectly cut onions that always amazed me.

What was in the bottle?

One of Nedick's most beloved products was its uncarbonated orange drink, which is likely what was in the bottle I found.

It was varyingly described by a fans as "a combo of orangeade and orange juice," and by a critic in a 1969 New York article as "a liquid I have not sent to the lab for analysis but which is certainly closer in taste to sugar water than orange juice." Some people liked the pulp, while others thought it was a little too frothy.

Regardless, Nedick's was bottling the stuff at least by 1949, as we can see by the awesomely specific ad below: 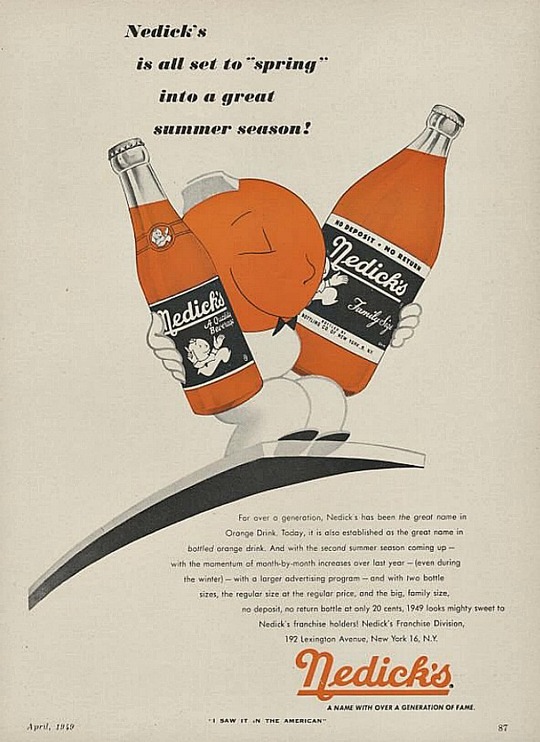 If anyone out there remembers what Nedick's Orange Drink tasted like, I'd love to hear about it! Perhaps it's ripe for a comeback?> 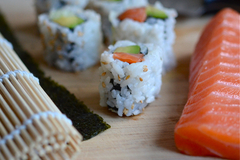 True Crime in NYC at the Turn of the 20th Century