In terms of artificial sweeteners, saccharin has been around since the beginning of time. These days it hangs around in products like Brooklyn's very own Sweet 'N Low.

But back in 1879, we lacked any artificial sweeteners at all. And we didn't find them by looking for them, either.

Ira Remsen and Constantin Fahlberg were labmates, working on making food preservatives from coal tar. Fahlberg spilled a bit of a sample on his hand, and when he sat down to dinner that night he discovered an extraordinary sweetness.

Why didn't he wash his hands? Why did he lick his hand? For science, I guess. 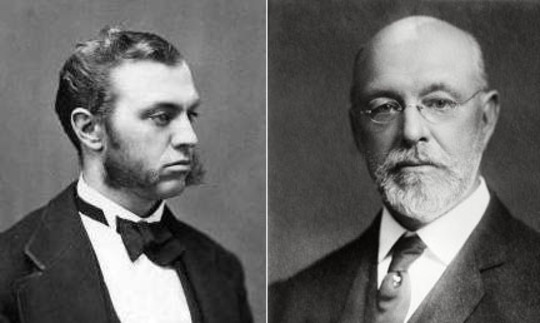 Constantin, on the right, went on to secretly patent saccharin and make a fortune, while poor Remsen (left) had only grandiose mutton chops as consolation. Later on Remsen declared Fahlberg to be a "scoundrel," which was probably the worst insult invented at the time.

Since no one really hated sugar back then, saccharin wasn't immediately popular. In fact, Harvey Wiley, the man responsible for the Pure Food and Drug Act of 1907, hated saccharin with a passion. He thought it got in the way of people eating healthy, natural sugars.

When he brought this up to Teddy Roosevelt, though, Wiley was told that "anybody who says saccharin is injurious to health is an idiot." Burn!

Saccharin became popular thanks to World War I as a result of sugar rationing. No sugar? No problem! Just use saccharin instead, even if it has a kind of weird, metallic aftertaste.

As dieting picked up beginning in the 1930's, women started to prize saccharin for its weight loss capabilities. Not looking to be caught outside of the house without it, they'd carry pellets of saccharin to put in drinks and foods throughout the day.

Who wants to be seen popping pills from a little jar, though? No one, that's who. Instead, little jewled or gilded pill boxes in the shape of birds were developed as a fashionable accessory for carting around your saccharin. 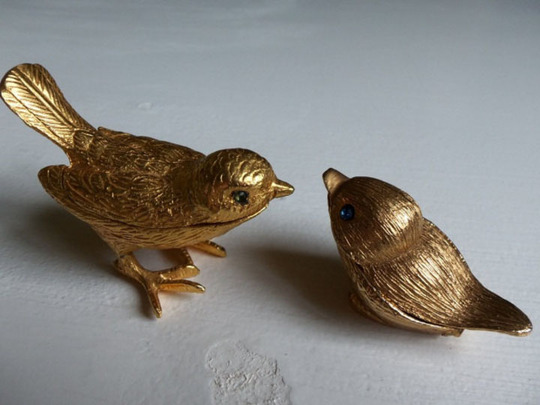 I'm thinking about developing a pill habit to have an excuse to carry one around.

In the 1970's saccharin was found to cause cancer in rats. OH NO.

Turns out to get the dosage they were sporting we'd have to drink 800 diet sodas every day. A little unreasonable, I'd think, but it was enough to get warning labels slapped on anything containing saccharin. Saccharin-based products had their warning labels removed in 2000.

Saccharin itself is 300 times sweeter than table sugar, but thankfully you don't have to measure out 1/300th of a teaspoon when cooking. Most of your Sweet 'N Low packet consists of bulking agents like dextrose or maltodextrin meant to give body and texture to the saccharin.

Saccharin has zero calories because it passes through your digestive tract without being metabolized. The bulking agents usually have a few calories, though, so "0 calorie sweeteners" are just a case of rounding down!

Fun fact: Saccharin is banned in Canada, where Sweet 'N Low is made with a compound called cyclamate instead. But cyclamate is banned in the US, so we're saccharin all the way!

Cyclamate, an Artificial Sweetener for the Rest of the World

The History of Hawai'ian Sugar Cane and Rhum Agricole (In Person)