Super lazy and hate reading? Skip to the recipe.

Okay, so we now know what the story is with Atomic Fireballs. So let's make some.

Every single (every! single!) recipe for spicy cinnamon candy looks something like this. The important ingredient is cinnamon oil, which you can totally buy from Amazon. On the other hand, we all have stores 30 seconds away with ground cinnamon, so let's hamfist our way into some candy using only things from around the corner. 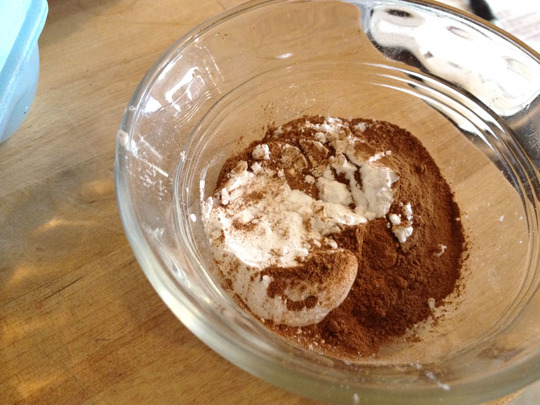 ATTEMPT ONE: Equal parts cinnamon, sugar and water. Put them on heat until you have a nice combined mixture.

The first thing you'll learn about cinnamon is that it is a dry, ground-up spice. There's a reason the Cinnamon Challenge exists, and this is it. Once you get the sugar to melt and mix everything up nicely, you're left with a powdery-tasting paste that isn't going to do much for a piece of candy. Highly unpleasant. 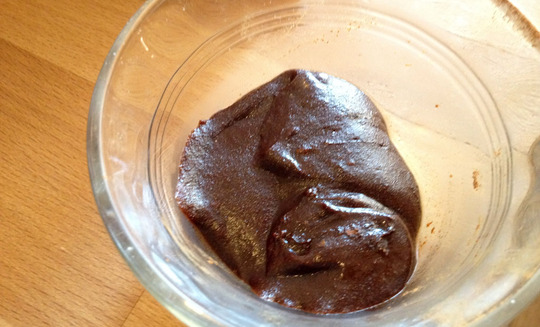 CONCLUSION ONE: You cannot rely on just cinnamon for your spicy cinnamon flavor. The amount you'd need would make it taste like a dry, cinnamon desert, and that wouldn't be fun for anyone.

Remember what we learned last time, though? Atomic Fireballs get their heat not just from cinnamon but actually from hot peppers. Let's follow that track for a bit.

ATTEMPT TWO: Starting with the original failure, you'll want to add a ton more sugar and water. You need to escape Gross Paste Valley, Population: Ground Cinnamon. I also added a little (2 teaspoons) oil, in the thoughts that it might make things taste better.

After you have a reasonably sweet, reasonably non-dry-tasting liquid, toss in either some ground-up red peppers or some whole dry red peppers, broken in half. Simmer this for about 15 minutes. 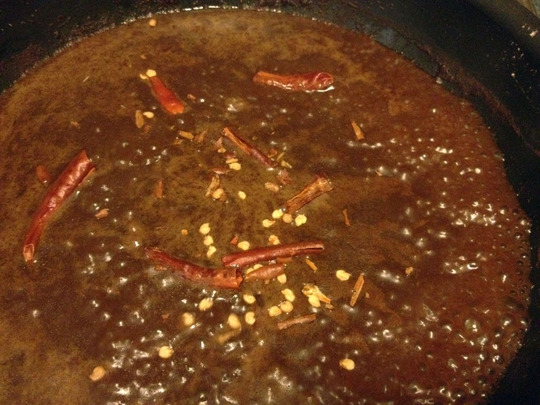 Yes, that picture is kind of gross, but the light was bad and I only had my phone so we're all going to have to live with it.

After a while of simmering, the liquid should have picked up some of the spicy flavor. Taste it! Hopefully you'll see that while you haven't added any more cinnamon in, it somehow tastes a lot more cinnamon flavored. I think we've just been trained to associate spiciness with cinnamon, so even if it's coming from hot peppers our brain combines it with the slight cinnamon flavor and a cinnamon-coated light bulb goes off.

Now adjust to taste. Too dry? Add more sugar. Not hot enough? Add more hot peppers. Once the flavor is where you'd like it to be, strain out any large pieces of dry pepper and return it to the pan.

OK, at this point you'd like to make some candy. There are all sorts of crazy rules about heat and water and ratios and temperatures and moonbeans etc, but we don't care about those right now. We are bumbling around, and we're going to bumble right into making candy.

First, turn the heat up. Your initial mission is to evaporate out the water and get that sugar hot hot hot.

As time goes on you'll notice the syrup thickening and thickening. This is what you want to have happen! Stir stir stir, but less for burn-prevention and more for constantly-testing-how-thick-it-is. Don't worry, I don't think anything is going to burn. When it gets super thick you'll want to test it for doneness.

Take your spatula and pull your glorious cinnamon syrup up out of the pan. Do little solid strands form between your spatula and the pan? You're all set! Do they flow like thick, viscous bungee cords? Keep on cooking!

Once the little strands form, you're all set. Pour that bad boy out onto a buttered baking pan, or anything else it won't stick to. It'll look like a pleasantly polluted pond. 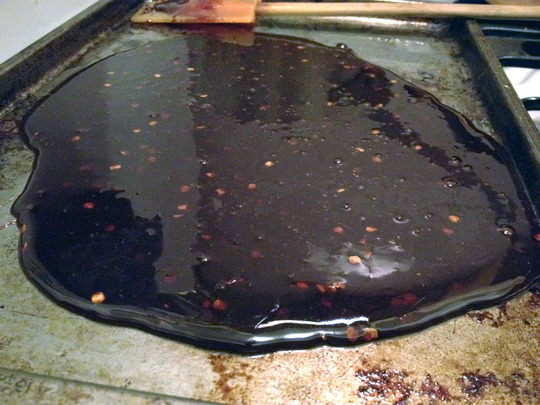 This pleasantly polluted pond is soon to be your candy! Just let it cool down a little bit, then cut it into strips and form it into balls or cubes. Depending on how hot you got it, it'll either be pliable like toffee or brittle like... brittle. Either way is fine! Just take some wax paper and wrap the pieces right up.

As for the taste, you'll be surprised at how similar to commercial cinnamon candies they are. They aren't an exact replica by any means, but once again: who in the world owns cinnamon oil? Working with bodega ingredients got us pretty far, let's be honest.

ATTEMPT THREE: When I make these again I'll be sure to reduce the amount of cinnamon I put in. It's easy to overdo it and get a dry, crumbly mouthfeel when you end up with your final candy. I'll recommend frequent tastings to see if you're headed in that direction with your recipe. If so, just add more sugar! It heals all wounds.

To be honest with you, I did break down and buy that cinnamon oil. Once it shows up we can do a nice taste test and find out what's what - although since the powderiness of ground cinnamon seems to be its downfall, I'm sure cinnamon oil will be the hands-down winner. Until then, though, keep raiding $1.29 spices from your corner bodega and get to candying!

If you're interested in candy-making in general, check out Jen's post from last year about microwave candy. It goes into more detail about the stages and tests and everything I completely ignored while making this candy! 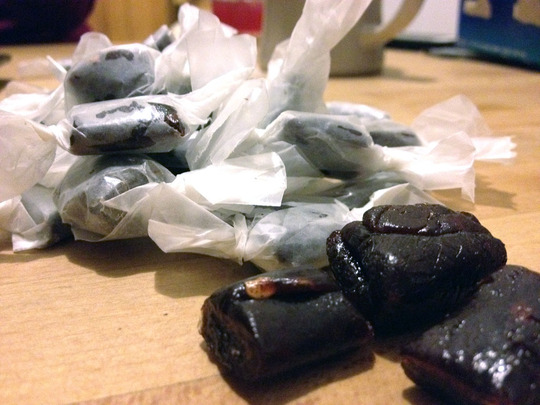 1. Combine all ingredients in a pan over low heat. If you were just making candy like a normal boring person, you wouldn't include the water, but I think we want the cinnamon and cayenne to cook for a while and the water gives you more time to work with.

2. Simmer, stiring constantly, until thick. Thicker!! Drop a little bit into a glass of cold water; if it forms into a solid clump you're good to go. Otherwise, keep on cooking it. If it starts to burn, remove from heat.

How to Freelance for Creatives (Online)