Until yesterday, I didn't know what a crocus was, even though I've seen hundreds of them over the past few days. I'm kind of ashamed of that, so I thought it would be useful to learn the names of a few of the common spring flowers we're starting to see while out and about. Onward! 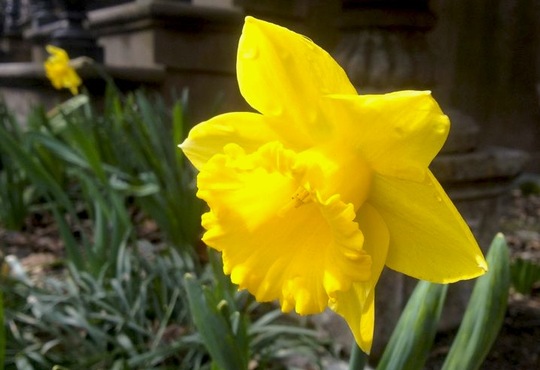 Okay, they're yellow and everywhere everywhere everywhere. You've probably seen a handful of them today just walking to the subway, and you'll know that you're looking at one by its shape: a cup surrounded by six petals. Most of the ones I've seen are this bright yellow, as above, or a slightly paler shade. 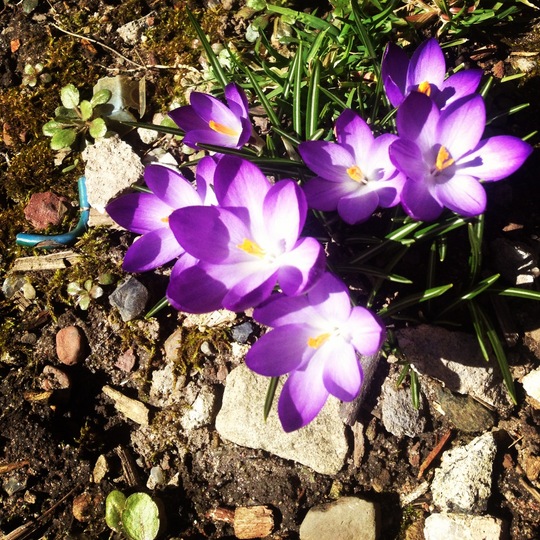 These are the aforementioned little purple guys; I found them growing in our backyard the other day and fell in love. They're super tiny and low to the ground but with a really gorgeous, vibrant flower.

As you can see in the picture above, they seem to sprout right out of grass, but that's really the plant's leaf which has a bright white line running down the center.

I've only seen purple and yellow ones around the city so far, and our pals over at Wikipedia confirm those are among the most common colors.

One more note: crocuses aren't one species of plant, but actually a genus in the iris family encompassing more than 90 types of plants. 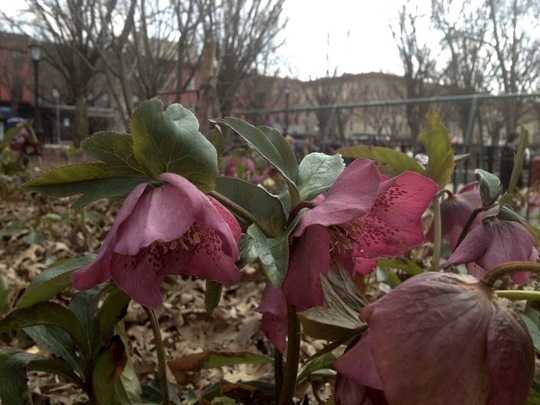 I spied these guys over in Washington Park in Park Slope and Fort Greene Park, and they're real attention grabbers, if a bit sad looking. Gardeners like them becuase the plant stays green all year and grows well in the shade.

How do you know you're looking at a lenten rose? The color's a great tip off; most of the lenten roses I've seen are that dusty pink or yellow color, and you'll notice that the flowers droop down or "nod" rather than stand upright. They're pretty large plants, espeically compared to the very dainty snowdrops mentioned below.

Lenten roses are also known as hellebores, and though we call them "roses," they're actually members of the buttercup (aka Ranunculaceae) family. 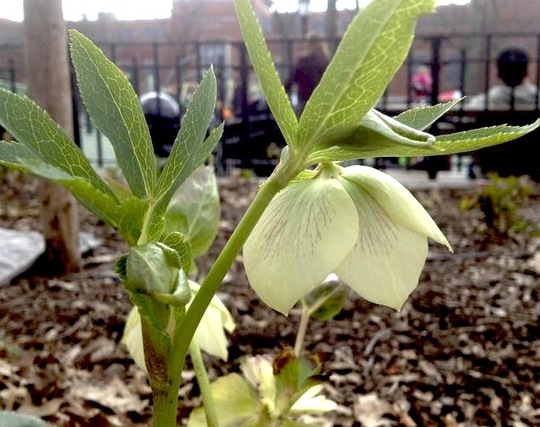 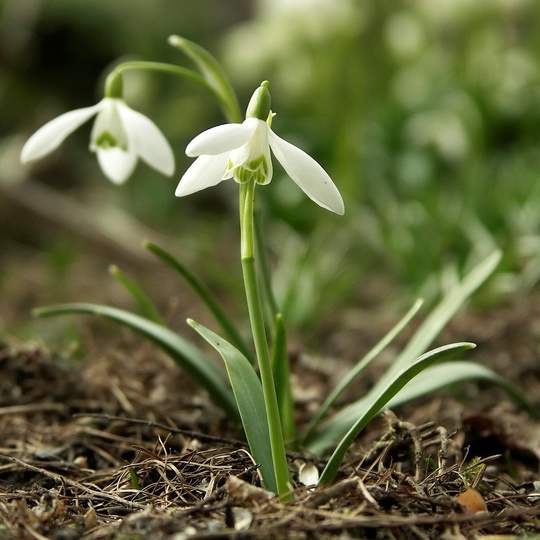 Amazing! You'll recognize snowdrops by their tiny, drooping, white flowers. I haven't spotted as many of these plants as some of the others, but did see some in Washington Park in Park Slope.

What do they all have in common?

One thing all these early bloomers have in common is that they're perennials, plants that survive over the winter and come back year after year, as opposed to annuals, which must be planted anew each year.

Now, get outside, enjoy this lovely weather, and keep looking!

What's Going on This Week: $5 classes