OK, so you've made candy cigarettes (or you've read about it, enraptured). You're left with a ton of leftover gum paste, with nary a clue what to do with it.

Allow us to be of service! Faux Altoids, here we go.

First, you need to make gum paste. Don't know how to do that? Check out our DIY candy cigarettes post, or this Instructables. It's basically egg white and sugar thickened to the point where it can dry out if left to its own devices. You can craft it into candy cigarettes, Necco wafers, Altoids; any chalky candy will do. 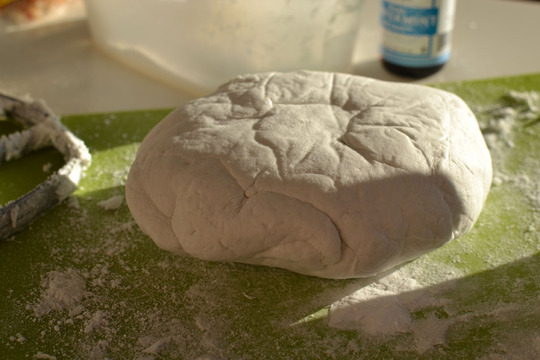 You should have your dough ready!

Any flavors are worked in by pulling off a handful and kneading oils or ground-up flavorants into it. You can put anything into this. Honestly. Anything. Beef tallow, cumin, I don't know.

Afterward you cut it up into small pieces, like you're mincing dough. Abandon them on the counter for two hours, no cooking! 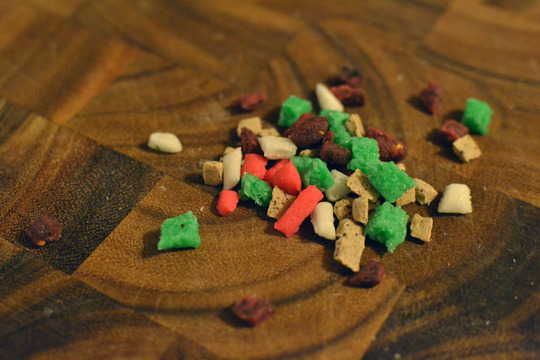 RECIPE TWO: The dark red ones! Cinnamon oil and plenty of cayenne pepper (I actually used ground Thai chili pepper). They're be hot in a much more mouth-filling burning way. Inspired by our spicy cinnamon bodega candy. The cayenne should do a decent job coloring them, but a little red food coloring can't hurt.

RECIPE FOUR: Sour lime! Those're the green ones. You could do lemon, too, I guess. All you need is some citric acid and a touch of lime or lemon oil. The acid makes it sour and the oil brings the rest of the flavor to the party. Green or yellow food coloring finishes it off.

[If you're looking to make sour apple ones, you'll want to get some apple flavoring and malic acid, which is just... a different kind of acid. If you're local to NYC, you can find both at Kalustyan's on Lexington.]

RECIPE FIVE: Clove, spice, or anything nice. We mixed in clove powder before we cut them into little bits. Tasted like half-gross, half-enchanting Old Person candy.

This was just what we had time and means for; I don't doubt that there are some incredible recipes out there waiting to be discovered.

Also some horrifying, deceiving-your-friends-into-eating-them ones. I submit to your approval clove candy, cut with liquid smoke so as to be a little more authentic to a smoker's idea of cloves. 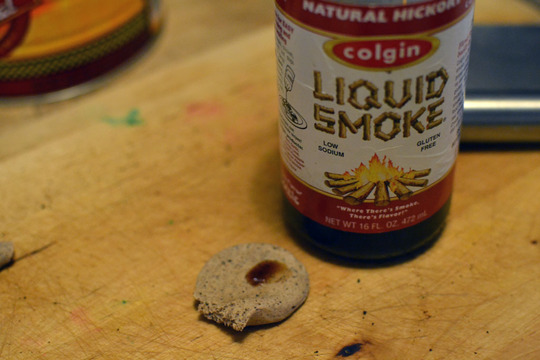 I ate eight lime mints while resizing that image. Please go to the dentist every day once you realize how easy this is.

Why do you make candy with xylitol?

A History of Cookbooks and Recipes (Online)

Food and Art with Masters of Social Gastronomy (Online)