In two and a half hours, we covered the history of the Navy Yard from the 1600's to today, exploring everything from Admiral's Row (alas, from beyond a fence), to the Vinegar Hill neighborhood and the Yard itself, all via bike. For most of us, it was our first peek behind the oh-so-secretive Navy Yard gates, and I'd recommend getting in whatever legal way you can manage.

Within the Yard, we got a glimpse of a still-working dry dock where a tug boat was in the midst of bring repaired, 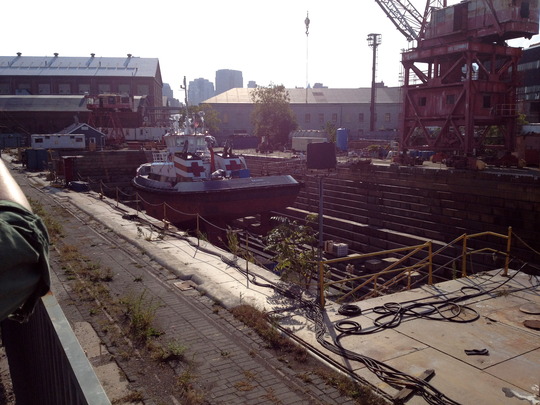 a tug boat in dry dock

a whole new perspective on the East River, 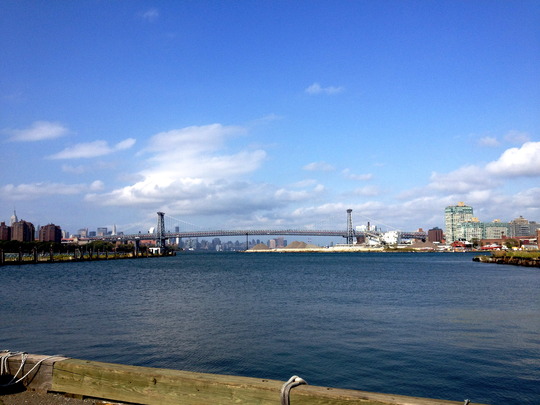 and even the old Naval Hospital, soon to be transformed into a media arts campus. Now, it's home to some ghostly old buildings, like the hospital itself, dating from 1838 and looking fairly pristine minus some peeling paint and broken windows. 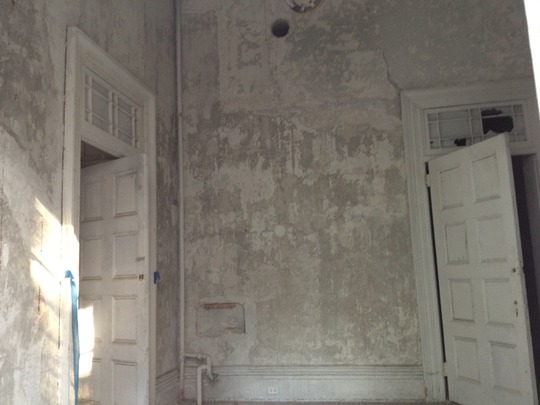 looking in through an open window at the Navy Hospital, built in 1838

One of the coolest buildings we saw was tucked behind the hospital--the old Navy Motion Picture exchange. During WWII, they sent out films to be screened on boats off at seat, and the original signage remains on the door. 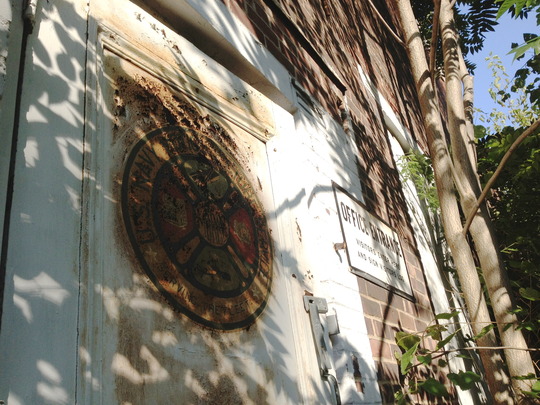 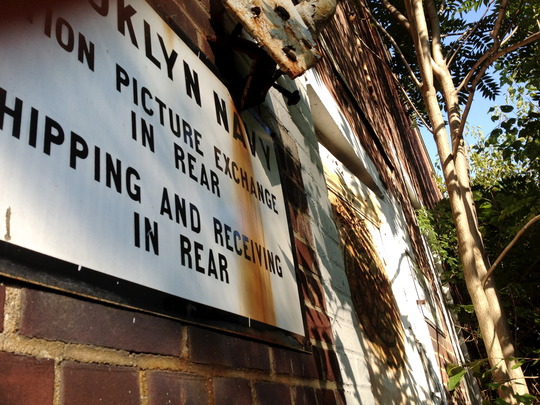 Totally and completely worth it.