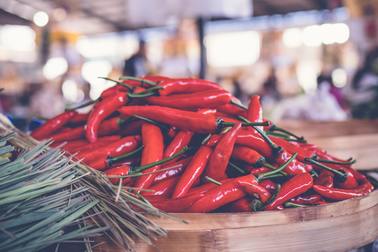 *This class will be held online via Zoom. The recipe and shopping list will be sent to you after registration!*

In this class you'll learn the simple steps of homemade hot sauce, from sourcing peppers and ingredients, cooking, and storing your batch. We'll also cover the tools and tricks of preservation and fermentation, such as safety and shelf-life, as well as various methods and canning history. You'll also get a recipe and tips as we make hot sauce together during class.

Skill level: beginner; but those with canning skills are welcome to join and learn some new tricks.