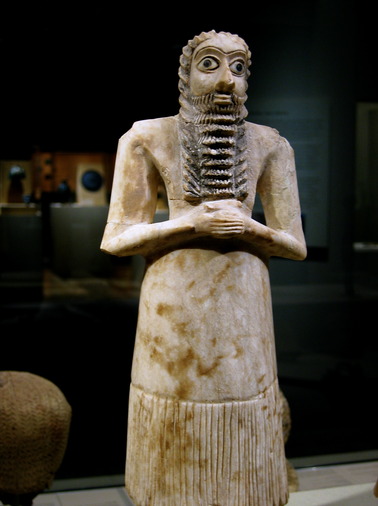 Over six thousand years ago, the marshes of Mesopotamia (present-day Iraq) were home to a remarkable and ingenious group of people. Known as the Sumerians, they were the first to use writing and the first to live in cities. They rode the first wheeled vehicles, founded our modern system of mathematics and made detailed observations of the planets and stars. They buried their dead with treasures that rival those of Egypt and spun epic tales as stirring as any from Greece or Rome. Yet despite all their achievements, not many people today are aware of the Sumerians or the enormous debt all modern humans owe them.

This class seeks to shed some long-overdue light on these people whose legacy we are still surrounded by. Together, we will follow the Sumerians as they climb the heights of achievement in art, literature and government, from their mysterious origins around 3500 BCE to their disappearance circa 1200 BCE. We’ll hear Sumerian poetry and music, see the sparkling treasures of the Royal Cemetery of Ur, and meet kings and conquerors, priests and priestesses, and the woman who became the first known author.

This class is a general introduction to Sumerian history and culture. No previous knowledge of the subject matter is required!