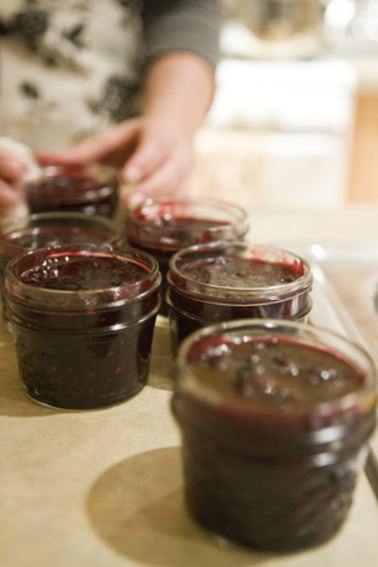 Truth: learning to preserve fresh fruits and veggies is the most liberating (and fruitful) skill I've mastered. I'm still amazed at how fun and easy urban canning can be; and I look forward to sharing my passion for putting things up with you.

In this demonstration-based class you'll learn the simple steps of homemade jam, from cooking and jelling, to processing and sealing. We'll also cover the tools and tricks of preservation, such as safety and shelf-life, as well as sugar-free methods and canning history. Finally, we'll sample the delicious fruits of the jam we've made as a group, and you'll get recipes, tips and a four-ounce jar to take home.

Skill level: beginner; but those with jam skills are welcome to join and learn some new tricks.

You'll walk away with the ability to:
* source and select ingredients
* cook and preserve fruit, while maximizing flavor
* fill and process jars for shelf-stable jam
* share your homemade jar of jam with friends!

(class size: 12; demonstration, some hands on, + lecture with q+a. We'll use a combination of seasonal fruits for this class. This class sells out extremely quickly!)