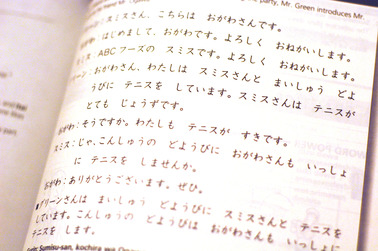 You sure aren't going to learn a half-dozen alphabets in an hour and a half, but we'll see how close we can get with a whirlwind tour of a few of the world's writing systems.

First, we'll start close to home, with Cyrillic, a.k.a. How They Write Russian. I'll strike fear into your hearts with its so-close-yet-so-far characters, and hopefully convince you that faux Russian fonts are a plague upon the world.

Next up we'll touch on Arabic and Hebrew, and why all of those Victorian guys translating The Arabian Nights had such a hard time of it.

Finally we'll pop over to Asia to hit the Japanese-Korean-Chinese trifecta, and explore how to impress your friends by differentiating between the three. You'll learn what Korean has in common with Tetris and why you should just stick to speaking Chinese!