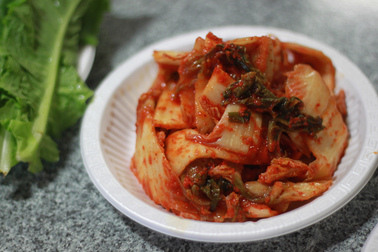 The Kimchi Party had an awesome response, so we're following it up with an actual class on kimchi where you can hang out with a small group and learn a lot more about Korea's hometown favorite. Think of it as a Kimchi Intimate Gathering, maybe. People who signed up for the Kimchi Party get $5 off! Just sign up and we'll reimburse you the $5 when you come to class.

Disclaimer: You're going to have to bring some of your own ingredients this time around! We'll be supplying the Korean red pepper powder, fish sauce, a couple veggies and everything else that's crazy or tough to find. It'll be your job to grab some carrots,  daikon (which you've probably never bought but is hiding at most every grocery store), and to bring a knife. There might be a couple more things, too, but it shouldn't run you more than $5.

So, Kimchi! You might've gotten a nice quick introduction, but now it's time to delve a bit deeper. Just what can you put into it? How exactly does fermentation happen? Did my Kimchi Party handout seriously say you could add raw oysters? We'll sit down to make some kimchi while we chat about this and more.

Why do you get eighty appetizers - at least one of which is kimchi - every time you sit down at a Korean restaurant? It isn't because they think you're charming! Let's see where kimchi pops up in Korean history, life and cuisine.

We'll also examine some Korean ingredients you might not be familiar with. Once you get a handle on a small handful you'll have a solid backing in what to do with your kimchi beyond popping it on top of rice. You might already have the recipe for my coveted kimchi stew, but we'll see what else I can rustle up for you! 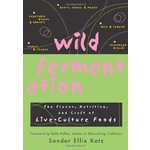 Wild Fermentation: The Flavor, Nutrition, and Craft of Live-Culture Foods 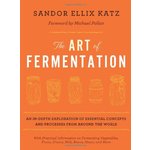 The Art of Fermentation: An In-Depth Exploration of Essential Concepts and Processes from around the World