East Versus West: The Persian Wars and Their Lasting Impact - ONLINE CLASS 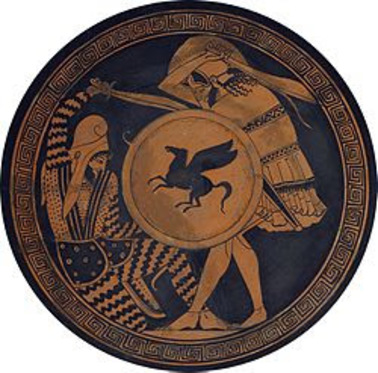 * This class will meet via Zoom! Download the web client at zoom.us/download in advance; link will be sent before the talk. A recording of the talk with closed captions can be made available after the talk to enrolled students. *

In the 5th century BCE, the world’s largest empire sent troops to a remote province to put down a rebellion. The empire was Persia, and the province was Ancient Greece. This was the beginning of the Persian Wars, two conflicts that would change the landscape of the ancient and modern worlds alike.

For the first time, the fractious cities of Greece would put aside their differences to unite against a common enemy. Their newfound unity would lead the Greeks to become a dominant power with a far-reaching legacy, yet it would also drive them to define themselves in opposition to the rest of the world, creating an “us vs. them” mentality that laid the groundwork for centuries of international conflict. The Persian Wars didn’t just change the course of history: the study of history was invented in order to understand the Persian Wars.

In this class, we will examine the Persian Wars from beginning to end, with a focus on how this ancient international clash influenced and continues to influence society and culture.

This class is a general historical overview--no prior knowledge is required!