Do What You Love: How To Start A Holistic Side Hustle (In Person) 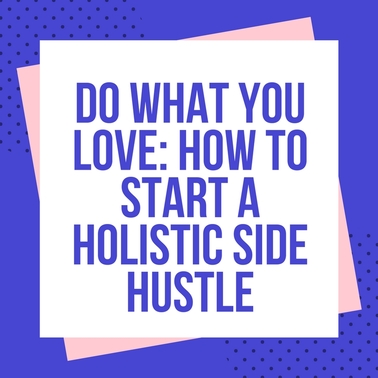 Want to make money off that passion project, side hustle, or brilliant idea? This workshop is for people who want to learn how to effectively monetize a project: craftspeople, designers, tech savvies, food or gadget inventors, health & wellness practitioners, multifaceted go-getters with a brilliant idea who don’t quite know where to start. You absolutely can earn money while doing what you love, but it takes some groundwork and planning to bring in revenue.

In this workshop you will meet new colleagues, build a support network, and walk away with the fundamentals for monetizing your idea. The workshop is led by hustle entrepreneur Laena, whose mission is to help people follow their passion while pursuing financial freedom.

You want financial freedom to live your best life. You want to start that dream side hustle, but you need help. I'll give you the practical tools and know-how to get you started.

Come join my tribe of budding entrepreneurs in a safe space where you can leave your trepidation at the door.