Carthage Must Be Destroyed!: Rome, Carthage, and the Punic Wars (Online) 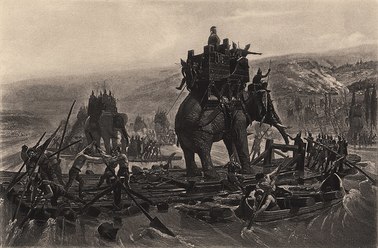 * This class will meet via Zoom! Download the web client at zoom.us/download in advance; link will be sent before the talk.*

Carthago delenda est! (Carthage must be destroyed!) The Roman senator Cato the Elder ended every one of his speeches with this snappy catchphrase, regardless of whether he had been speaking about the city of Carthage. Today, nothing remains of Carthage except a handful of names and some ruins on the shores of Tunisia. But in the third century BCE, Carthage was Rome's equal and its greatest rival.

The three Punic Wars (264-146 BCE) fought between Carthage and Rome for mastery of the Mediterranean were a huge turning point for Rome, establishing it as a world power and setting the stage for its future conquests. If the Carthaginians had won the Wars instead of the Romans, it might have changed the whole course of European history. Not only are the Punic Wars important for their later repercussions, they offer a fascinating case study of ancient international and intercultural conflict, with many parallels to present-day politics.

In this class, we'll compare and contrast the two rival cities and their budding empires. We'll also follow the timeline of the Punic Wars themselves and learn how this ancient power-struggle influenced literature and art. We'll see examples of bravery and treachery on both sides, and learn about one of the most ambitious invasion plans in history, and perhaps the only one that involved getting elephants across the Alps.

No prior knowledge of ancient history required!