Barter Your Way Through Life 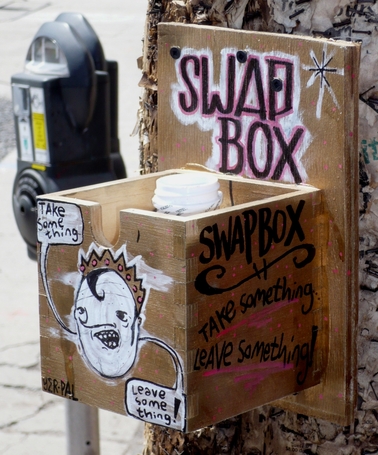 Tara Fannon is a Jane-of-many-trades: Sociologist, researcher, writer, organizer and general lover of learning, chatting, eating, dancing...anything really, that brings people together in ways that promote inclusivity and inspire curiosity and creativity.

Nowadays bartering is mostly considered an alternative form of economy, at least in contemporary Western culture. This perhaps implies that it's a new phenomenon. On the contrary, bartering is age-old practice that was once a primary form of exchange value in most parts of the world. Anthropologists have long since studied, and continue to study how it's used and how it works in non-Western communitites. Bartering itself has evolved throughout time from involving the simple exchange of skills to the exchange of resources, goods and knowledge.

This is a practical, hands-on class that aims to inspire the concept of barter in a broader sense, and offer a useful framework for its common use in everyday life. Firstly, we'll take a brief look at the definitions of bartering and how it's understood more generally. We'll then discuss the value of bartering for you and those around you, and how it can be used to create new opportunities as well as gain access to a variety of needs in tough financial times. Then we'll get right into the nitty-gritty of how you can implement bartering right now in your own life.

Because time is of the essence, we won't go into the history of bartering so for those of you who are interested in this as a topic, a short list of sources will be provided.