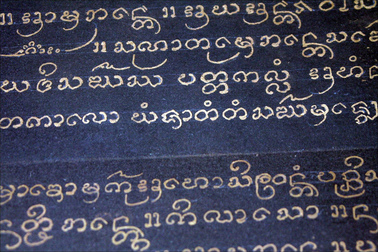 Whether you're interested in learning languages in general or just have a burning curiosity about this whole "communicating" thing, this class is going to be wicked.

Don't rat me out, but we're going to be breezing by a large amount of what makes linguistics work and going straight to the sexy bits. Where did language come from, and how do they 'die'? How do kids pick it up so easily, while learning a new language as an adult is practically an exercise in futility?

We'll trek through the jungle of sounds different languages use, and give you a framework to understand how those zillion incomprehensible sounds can be put into neat understandable boxes. And accents! Those are pretty obviously interesting.

I love writing systems, and we're going to learn a ton. I apologize in advance for training you to hate faux Russian fonts, and for demystifying the signs in Koreatown. You'll learn why Chinese is the most difficult language to learn, but we might do well enough to get you primed to understand the 'secret' menus at restaurants.

But what about now? Languages are changing all of the time, and it's better to know why and how than to sit around in an armchair complaining about it. Strunk and White's The Elements of Style will be on display, as well people who insist on correcting your grammar.