"A Summer's Cloud": The Life of Alexander the Great (Online) 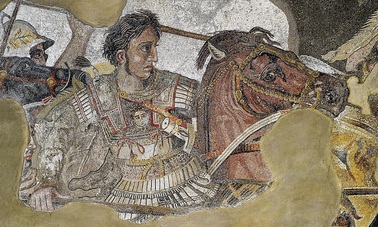 "What is the purpose of adventuring around the world? A king must be an administrator. ... Alexander was a man full of great sound, lighting, and thunderbolt; [he was] like a cloud in spring or summer, which passed over the kings of the earth, rained upon them, and disappeared—indeed a summer's cloud disappears very soon."

---Abu'l-Fazl Bayhaqi, 11th-century Persian historian
Alexander is one of those historical figures who exemplifies the motto of "live fast, die young." After conquering the entire known world without ever losing a battle, he died at the age of 32, leaving behind one son, many wives, and a great empire studded with cities named "Alexandria." Though his empire is no more, Alexander's legacy remains with us to this day: a groundwork for the future laid by the ideas he spread across the world.
This class is an overview of the short, brilliant life of Alexander the Great and how he continues to influence us today. No prior knowledge required!