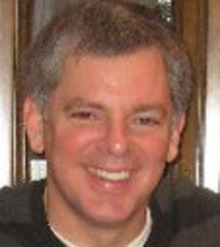 Sven is a funny book industry veteran with over 20 years experience in the business. He began his career at Marvel Comics, where he eventually ran the marketing and creative services departments (yes, the glow in the dark GHOST RIDER cover was his idea). In addition to Marvel, Sven has also served as the publisher of Teshkeel Comics (creators of the world’s first Muslim superheroes) and freelanced for Dynamite Entertainment, Crusade Entertainment, Event Comics and many more. He is remembered fondly by his fellow Canadian comic book fans for his epic two issue writing stint on Marvel’s ALPHA FLIGHT comic as well.

In his day job, Sven works as Chief Marketing Officer for Zemoga, a digital advertising agency. Sven lives in Park Slope, Brooklyn with his wife Monica and his dog Gia (who has chewed up just about everything in their house except his comic books).