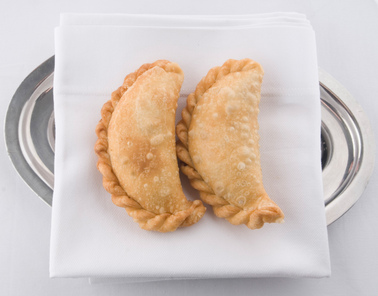 Brooklyn Brainery hosts affordable classes at our location in Brooklyn (190 Underhill Ave in Prospect Heights), as well as additional events around the borough. We hosted our first classes in 2010 and look forward to hosting many more for years to come.

Get ready for three weeks of eating and learning about all the things you can call dumplings, from all around the world.

You can take each class individually, but we think you should take all three (and save $5 while you're at it). We promise there will be plenty of snacks.

Pierogies! Eastern Europe's finest contribution to world cuisine will be our focal point, but we'll also cover arancini, those Italian fried rice balls and pasties, which originated in Cornwall as a sort of hand held pot pie but made their way across the Atlantic to become delicious food for miners in the Midwest.

Expect some hands on activities in the realm of making your own pierogis, which we'll then fry up and eat.

We'll cover a handful of dumpling traditions - samosas, empanadas, fatayer, and samsa - from some very different places, and see how they stack up against one another. For each, we'll dissect everything from the dough and fillings to folding and cooking methods.

Reach over Japan and China with gyoza (your standard dumpling), as well as wontons, shumai and the awe-inspiring soup dupling. It'll be like checking out dim sum but without all of the yelling! We'll also cheat a bit and learn how to make a Japanese mochi-based dessert.