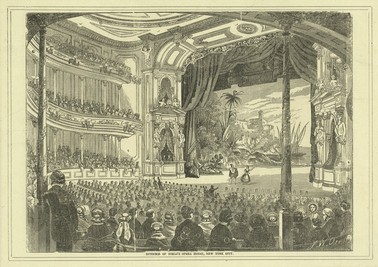 Benjamin Feldman has lived and worked in New York City for the past forty-four years. His essays and book reviews about New York City and American history and about Yiddish culture have appeared on-line and in print in CUNY’s Gotham History Blotter, The New Partisan Review, Ducts literary magazine, and in his blog, The New York Wanderer, which appears at www.newyorkwanderer.com. Ben’s first book, Butchery on Bond Street – Sexual Politics and the Burdell-Cunningham Case in Ante-bellum New York, appeared in May, 2007, about an infamous unsolved murder case from the 19th century, which, in the words of The New Yorker, is told by the author "like a gaslight-era episode of "Law & Order."

His second book, Call Me Daddy - Babes and Bathos in Edward West Browning’s Jazz-Age New York, appeared in June, 2009. The retelling of a notorious tabloid scandal "captures in delicious fashion the philandering real estate magnate in all his buffoonery" according to Sam Roberts in The New York Times.

Feldman’s ongoing projects involve a biographical work about Henry Knight Dyer, the first non-family member to be president of the Dennison Manufacturing Company, a biography in the works about William Niblo, the pre-eminent theater promoter of mid-19th century New York, and an investigation into the life of an early 20th century New York City Jewish saloon-keeper named Sol Goldberg, whose efforts to forestall economic ruin at the advent of Prohibition ended up as a Broadway show.

100+ years before Soho was Soho, feral pigs rested for the day in the vacant lots along Broadway, returning home in the evenings to Wall Street where the pickings were greater and a pig could be a hawg.

Close by, though at the corner of Prince and Broadway, stretching almost the entire block stood Niblo's Garden. From 1828 until 1894 this temple to genteel entertainment ruled the block in its many incarnations, as an outdoor pleasure garden, saloon, a concert hall, and opera house and more.

But shenanigans belonged elsewhere: no unaccompanied women were admitted to the Garden, as Niblo was a churchman. Anyone who was anyone performed on his stages, stars and wannabes alike. Come hear the Brainery's History Hero Benjamin Feldman regale you with an illustrated trip to Niblo's, back in the day...