Who the Heck were the Etruscans? (ONLINE) 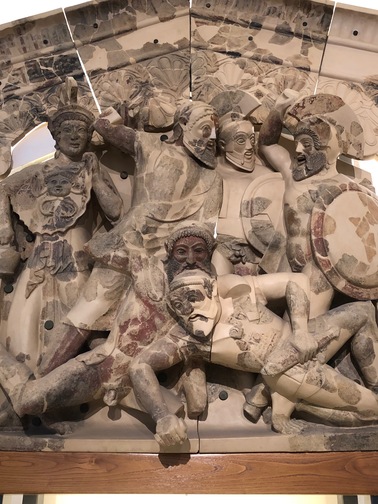 Joseph Woldman is a current PhD candidate at Columbia University, studying the art, architecture, and archaeology of Etruria and Rome. He has excavated in Hadrian’s Villa, studied in Italy, and has worked with objects of the ancient world in a variety of capacities. Joseph loves talking about the Etruscans almost as much as he loves gelato.

When most of us think about ancient Italy, we think of the Romans with their stately emperors, brawling gladiators, and intrigue (beware the Ides of March!). If you ask an Italian about the ancient world, they’ll probably start with the Etruscans. Never heard of the Etruscans? You’re not alone. Nevertheless, their civilization shaped the cultural fabric of the Italian peninsula.

The Etruscans (Tyrrhenoi if you’re speaking ancient Greek, Tusci if you’re speaking Latin) primarily controlled the area between the Po and the Tiber Rivers, although at their peak, their influence extended farther south into Campania. Their civilization primarily spans between the Bronze Age to the 3rd century BCE, when Rome completely took over Etruria. Still, there is lasting evidence of their influence in the Mediterranean. Expansive graveyards, lavishly painted tombs, masterfully crafted jewelry, a unique language, and a rich pantheon of deities all point to a vibrant people that often don’t get enough attention.

Come learn what we know about the Etruscans. We’ll cover general topics of their history, language, religion, and art. This class is for everyone who has an interest in the ancient world. At the end, you’ll know more about Etruria and its lasting contributions to Italian culture.