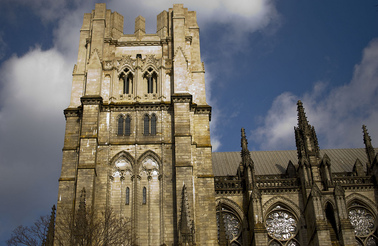 Benjamin Feldman has lived and worked in New York City for the past forty-four years. His essays and book reviews about New York City and American history and about Yiddish culture have appeared on-line and in print in CUNY’s Gotham History Blotter, The New Partisan Review, Ducts literary magazine, and in his blog, The New York Wanderer, which appears at www.newyorkwanderer.com. Ben’s first book, Butchery on Bond Street – Sexual Politics and the Burdell-Cunningham Case in Ante-bellum New York, appeared in May, 2007, about an infamous unsolved murder case from the 19th century, which, in the words of The New Yorker, is told by the author "like a gaslight-era episode of "Law & Order."

His second book, Call Me Daddy - Babes and Bathos in Edward West Browning’s Jazz-Age New York, appeared in June, 2009. The retelling of a notorious tabloid scandal "captures in delicious fashion the philandering real estate magnate in all his buffoonery" according to Sam Roberts in The New York Times.

Feldman’s ongoing projects involve a biographical work about Henry Knight Dyer, the first non-family member to be president of the Dennison Manufacturing Company, a biography in the works about William Niblo, the pre-eminent theater promoter of mid-19th century New York, and an investigation into the life of an early 20th century New York City Jewish saloon-keeper named Sol Goldberg, whose efforts to forestall economic ruin at the advent of Prohibition ended up as a Broadway show.

Since its days as a forested outpost and Revolutionary War redoubt, the Heights has been home to a multitude of institutions and, during the 20th century, the avant garde of scientific, intellectual, cultural and theological development in America. Traces remain of the Heights' 19th century past: the old Bloomingdale Lunatic Asylum and the Leake and Watts Orphanage. The last years of that century as well as the first two decades of the 20th saw the establishement of the current HQ of Columbia University, Barnard College, The Riverside Church, Union Theological Seminary, Grant's Tomb,The Julliard School of Music (now housing The Manhattan School of Music), Union Theological Seminary, Teachers College, the Jewish Theological Seminary, the "God Box" at 475 Riverside Drive and St. Luke's and Womens Hospitals.

Walk with Ben around the neighborhood into some its more unusual corners, spying the palimpsests of a long-demolished elevated railway and traces of a long-obliterated street grid, as well as signs of Carl Schurz and Frederick Law Olmsted's careers. When we're done, those for whom a little knowledge is never enough can repair with Ben to a local watering hole to wet our whistles and recap what we learn.

Meeting place at 6:00 pm will be 116th Street and Broadway on the east side of Broadway by the big iron gates at the campus entrance.  Take the #1 Train to 116th Street.