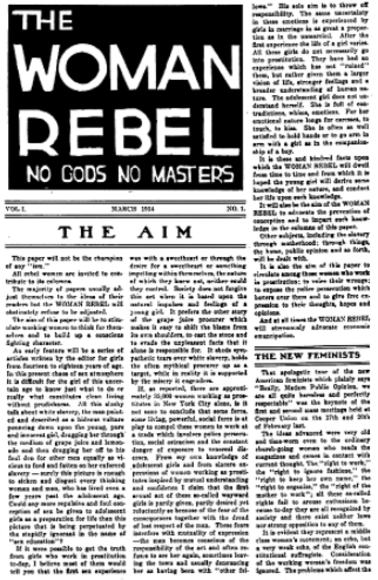 Lucie Levine is the founder of Archive on Parade, a local tour and event company that aims to take New York’s fascinating history out of the archives and into the streets. She’s a Native New Yorker, and licensed New York City tour guide, with a passion for the city’s fascinating social, political and cultural history.

Imagine you are at a party with the anarchist Emma Goldman, the dancer Isadora Duncan and the women’s health pioneer Margaret Sanger. Two things are probably true: you are at Mabel Dodge’s celebrated Wednesday Night Salon, and Marcel Duchamp is swinging from the chandelier.

When Dodge began her salon in 1912, she claimed, “every thinking person nowadays is in revolt against something.” At the time, Radical Politics thrived on the Lower East Side, Modern Art was radiating out of Greenwich Village, social and sexual mores were in flux south of 14th street, and women were at the vanguard of the Revolution.

This lecture-based class will explore what made downtown so ripe for rebellion, and honor the radical women who called the area home. Along the way, we’ll meet the Rebel Girl and the Priestess of Anarchy, check out the saloon known as the “most famous radical center in New York,” and discover which nightclub has been “an idyllic place of controversy and entertainment” for over a century. Kick up your heals and join us.