The Road to the Civil War: The Night They Drove Ole Dixie Down 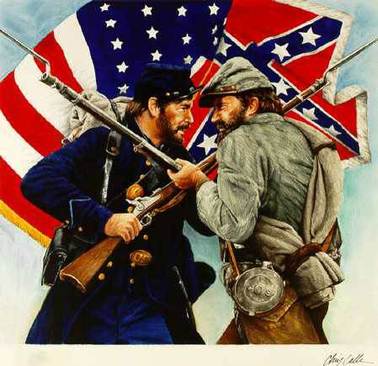 Taught by Glenna A.

By day, Glenna teaches social studies at a high school in downtown Brooklyn. In her spare time, she likes “Jeopardy,” needlepoint, trivia, rock climbing, and captive audiences. She especially loves talking about history.

For many of us, these words are what we remember of the Civil War, aka, the War Between the States, or as my mother was taught in Southern Virginia during the 1960s, the War of Northern Aggression.

The Civil War claimed move lives than any other American War and is the only military conflict to turn brother against brother, mother against daughter, and neighbor against neighbor. Yet, while many of us easily recall what happened during the war itself, when a Northern, Yankee army headed by Abraham Lincoln fought a Southern, Rebel army headed by Jefferson Davis for the soul of a nation divided by slavery, many of us struggle to recall the events that led to this turning point in American history.

Together, we’ll examine ten major events that led to the outbreak of civil war, beginning with the original colonization of the North and South, stopping to explore Manifest Destiny and “Bleeding Kansas,” and completing our journey with the Battle of Fort Sumter, the first military engagement of the war that celebrated its 150th Anniversary on April 12, 2011.