The History of the Gowanus Canal 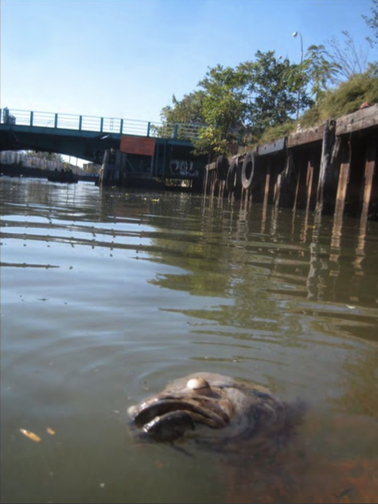 Nestled between the hip and hardly inexpensive neighborhoods Park Slope and Carroll Gardens is the Gowanus Canal: Brooklyn’s most infamous toxic waste site.

While many are aware that the canal is smelly or that bodies have been dumped there, the Gowanus is more than an open sewer: it is a dynamic part of New York history, stretching before the early days of the City of Brooklyn to colonization itself. And yes, raw sewage does flow into it; but that’s no accident, due to designs totally acceptable to 19th century urban planners.

In April 2010 the EPA elected the Gowanus to a list of federally regulated Superfund sites — polluting its depths are with industrial waste, like heavy metals, benzene and coal tar. It’s also polluted with e. coli, gonorrhea, and cholera.

But did you know that much of the building materials that made brownstone Brooklyn passed through its waters, or that it used to be home to delicious foot-long oysters? This class if for anyone who’s read about the Gowanus but wants to know more about how it got there, why its so polluted, and why people feel so compelled by it.