The History, Culture and Science of Cheese 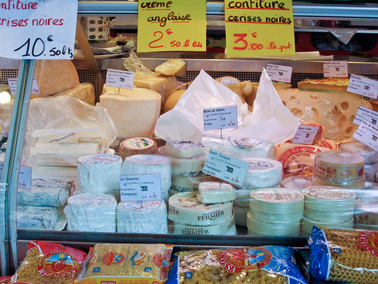 Andrew graduated Hampshire College in 2009 with a degree in microbiology. Since graduation he has brought his scientific expertise to the cheesemaking community having interned as an affineur at Murray’s Cheese shop, worked as a cheesemonger in Western Massachusetts, made cheese for Cato Corner Farms in Connecticut, returned to his alma-matter to help co-teach a class entitled The Microbiology and Biochemistry of Cheesemaking and ventured down to southern Indiana to make goat cheese at Capriole Farms. Currently he can be found turning milk into curds and whey at Beecher’s Handmade Cheese in the Flatiron District. Feel free to contact me about all your cheese questions and needs andrewctorrens@gmail.com.

Did you know that archeological evidence suggests cheese was being produced in Egypt in 2300 BC? Humanity's love affair with cheese is one that has been going on for centuries and doesn’t appear to be dying anytime soon, based on the recent influx of artisan cheese shops to New York City.

This two-part class will begin by providing an introduction to the history of cheese; in particular we'll examine how various styles of cheese developed due to a culture’s geography, economy, religious practices, and, in some cases, just by luck. We'll figure out what cultural elements led to the rise of bloomy-rinded cheeses (Brie, Camembert, etc.) near Paris, France and alpine style cheeses (Gruyere, Emanthaler, etc.) in the Alps.

The second part of the class will delve into the microbiology and biochemistry of cheesemaking. Learn the fundamentals of how magicians (cheesemakers) turn a liquid into a solid and why human’s milk isn’t ideal for cheesemaking.

Both classes will culminate in a brief cheese tasting in order to stress some of the key points described in the class (and also because cheese tastes good to eat). Bring your thinking caps, all those questions you are too embarrassed to ask your local cheesemonger and an eager palate willing to try some new cheeses.