The Dirty Little Secret of the American Revolution 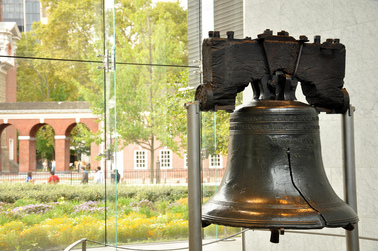 Keith Brooks taught social studies for 23 years in the NYC high school system. He also taught at
Richmond College and Alternate U. This session is derived from a chapter in "MythAmerica", a book Keith is writing exposing the lies, half truths and myths of American history. He has been published in the Oped News and Indypendent web sites as well as the Nation, Baltimore Sun, Newsday, Amsterdam News and other mainstream and progressive outlets. Brooks is a long time political, labor, and community activist.

“All men are created equal” states the Declaration of Independence. But what if the protection of slave owners' rights was paradoxically one of the main causes driving the 13 colonies's war of independence from England ?

This session will trace England's emergence as the dominant European power on the East coast of what became the U.S. through their 1763 victory in the French and Indian war, which ironically contained the seeds of the colonists' revolt just 13 years later, and how England's anti-slavery 1772 Somerset legal decision united the colonies and further fueled the growing independence movement.

Most people know that slavery existed from the founding of the U.S in 1776 and ended as a result of the Civil War in 1865. But few know that more Black people fought on the side of the British when in 1775 they offered freedom to any slaves owned by rebelling colonists if they fought for England.

But the real challenge to the mainstream narrative of the American Revolution is recent scholarship which makes a strong case that a major motivating force unifying the southern colonies with the north in the rebellion against England was fear that anti slavery legal developments in England would threaten slave-owning colonists' right to own other human beings as property. The preservation and defense of slavery must now be recognized as a major cause of the American revolution, along with “no taxation without representation” and British political tyranny. And with that recognition a highly provocative question emerges : Would slavery have ended sooner if the British had defeated the colonist bid for independence ?

Recommended readings for this session: