The Archaeology of Beer (Online) 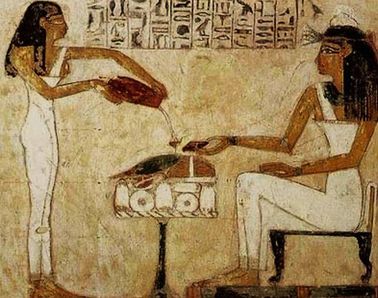 It's been found in the Egyptian pyramids, the cities of Mesopotamia, Viking longboats, the palace of Machu Picchu, medieval monasteries, and the world’s earliest farming villages. What is it? Beer!

Beer is as old as human civilization, and has been made in almost every part of the world for thousands of years. It has been used to pay taxes, heal the sick, and accompany the dead into the afterlife. Many religions worshiped gods and goddesses of beer and brewing, and some of the earliest known examples of both poetry and law codes are about beer.

However, most of these beers were nothing like a modern-day Budweiser. Some were as thick as porridge. Others were flavored with rosemary and juniper berries, twigs of pine or spruce, or spices like cinnamon, coriander, and ginger. Even the basic ingredients differ: beers have been made of corn, rice, and even a mixture of flowers and honey ants!

Join us for an evening exploring the archaeology of beer.

Drink along with me at home! Have your personal favorite beer, or try one of these three recommended drinks:

For an ancient beer, look out for Midas Touch (by Dogfish Head Brewery) or White Angel (by Wicked Weed Brewing). If you can’t find either of these, a fruit lambic or a shandy would be a great alternative!

For a medieval beer, try a gose! My particular favorite is the Gose by Westbrook Brewing Company, but any gose will do. Or substitute a sour ale!

For a traditional South American beer, try chicha. Darwin Brewing Company and Dos Luces both make their own versions of chicha, and Off Color Brewing makes one called Wari Ale, but overall you might have better luck at a Peruvian restaurant or Latin American grocery store than a liquor store. If you can’t find it, try a beer flavored with fruit (especially pineapple) or spices (especially cinnamon)!