Sex in New York City: The History of Prostitution 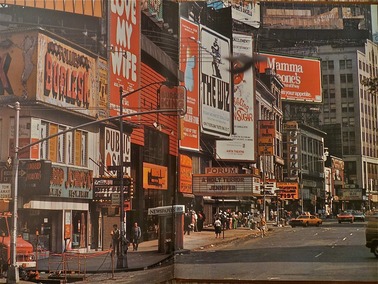 Lama is a public health and criminal justice researcher in NYC.She lives in Brooklyn and bakes, jogs, volunteers, and complains about the cold weather in her free time.

Whether you recently moved to NYC to live in the big city or a self-identified “New Yorker”, you probably don’t know much about some of New York’s most infamous citizens, prostitutes. Research shows that there are thousands of prostitutes in New York City, including thousands of children and adults who are sexually exploited or who are trafficked in, out, and throughout the city.

As you walk through Times Square for the umpteenth time with your out of town guests, did you know that behind the bright lights and incessant advertising is a history of go-go bars, pornographic theaters, prostitution, gambling and crime? or that in the 70s, Rolling Stone called the 42nd street block the “sleaziest block in America”? While someone may have told you that there are prostitutes in the Bronx, did you know that there is prostitution and sex trafficking in all of the other boroughs, with Brooklyn having the highest number of sex-trafficking and “johns” arrests?

We may cover some of the deeper issues around prostitution generally, but this class is primarily for those interested in learning about prostitution in New York City, its history and where we stand today.