Seneca Village and the Archaeology of Central Park (Online) 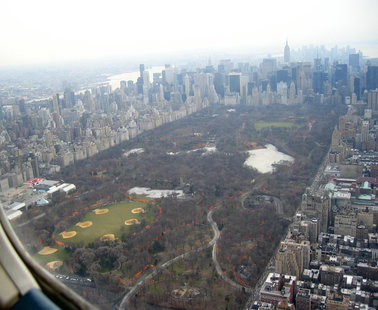 *This class will meet live online via Zoom - link will be sent the day before the talk.*

Before the grid system, before Central Park, before the Civil War, there was Seneca Village. A small town of around three hundred people, Seneca Village was the home of free African-Americans and recent immigrants from Germany and Ireland. It was a center of diversity, political activism, and an important stop on the Underground Railroad. Then, in 1857, it was violently razed to make way for the future Central Park.

The Park also hides many other parts of NYC’s history, including archaeological remains of Revolutionary War fortifications, New York’s first highway, and the city’s first public water system. In this class, we’ll cover the battles over choosing a location for the Park, the famous designers who planned its look, and the massive construction project that went into building the Park – it may look natural and wild, but it’s all man-made!

How well do you really know Central Park? Come to this class and find out all its secrets.

No prior knowledge of archaeology or NYC history required! This is a classroom session and not a walking tour.