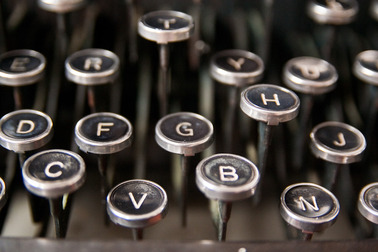 Timothy Michael Cooper is an award-winning writer, director, and improvisor based in Brooklyn.

He wrote and directed the Writers Guild Award-nominated CONCIERGE: THE SERIES, starring Kate McKinnon. His short comedy LEMON, starring Jennifer Westfeldt, Noah Bean, and Jenn Lyon, premiered at Tribeca, played at dozens of festivals throughout the world as well as on United Airlines and Amazon Prime, and is currently being developed as a sitcom.

At Upright Citizens Brigade Theatre in NYC, he created and directed the improvised shows SUNNY-SIDE UP and FAREBEATER: IMPROV IN A CAB, starring cast members like Pete Holmes and Thomas Middleditch.

He’s been part of the writers’ room for the Writers Guild Awards for the past six years, writing monologue jokes and sketches for comedians like Lewis Black, Colin Quinn, Larry Wilmore, Amber Ruffin, Michael Ian Black, Roy Wood Jr., and many more.

Through his company, Blueprint Screenwriting Group (blueprintscreenwritinggroup.com), he’s taught hundreds of writers, helping them sell their scripts to major studios; staff on multiple network and cable TV shows; find representation; screen and win at SXSW, Sundance, Tribeca, Cannes, and many more; and get their movies and shows made across the globe.

Timothy is a proud member of the WGAE, the Brooklyn Filmmakers Collective, and the Hollywood Radio & Television Society.

Do you want to write a screenplay, but need to learn the foundations of formatting, technique, and the business first? Are you itching to try your hand at that cool premise you thought of? Do you wonder why so many movies are so bad—and think you could do better? Why do so many blockbuster movies seem so similar, anyway?

In this fun but brutally honest overview, I'll introduce you to the art and business of screenwriting. I'll teach you the basics of screenplay structure, show you what it takes to complete a script, and help you figure out whether your ideas could be film-worthy!

We'll read excerpts from some awesome screenplays, then discuss the basics, such as:
• What's a logline?
• What's the difference between “indie” films and “Hollywood” films?
• What does “high-concept” really mean?
• What is a three-act structure?
• How do you establish your “voice”?

Then we'll dive deeper into the technical aspects of screenwriting, including:
• Formatting basics
• Screenwriting programs
• What is a spec script?
• Do I need to write an outline first?
• Structure of a scene
• How do you “raise the stakes”?

Finally, we'll get into the screenwriting business itself:
• How do you sell a script?
• How do you get an agent or manager?
• What does a producer do?
• Which screenwriting contests and festivals are worthwhile?
• Why did The LEGO Movie get snubbed at the Oscars?

Once you take this class, you'll be armed with insider information about the realities of the filmmaking business. You'll have a better sense of how to tackle your screenplay concept, which books and scripts to study, and what programs and fellowships fit your goals. Plus, you'll leave with some fantastic screenplays to read.

Take this info-packed class to learn how to start your first screenplay—and leave inspired!