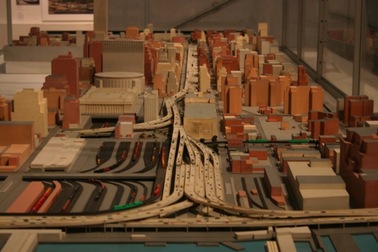 Reema is a Middle East specialist and New York enthusiast. She spends her time staring at cats, bowling badly, riding the subway, and writing about justice.

Chris studied history in college and likes to explore New York's past when he's not reporting on the stock market.

A historical overview of New York's modern builder, his adversary, and their legacies.

Learn about Robert Moses, who redesigned the physical contours of New York City unlike anyone else. Never elected, Moses nonetheless planned and built New York's highways, bridges and parks for more than 40 years. His grand vision for a city of highways and towers diverged from--and plowed through--the neighborhoods and brownstones of old New York.

Opponents, like Jane Jacobs, decried Moses' vision as arrogant and shortsighted, and helped scuttle an expressway project that would have displaced thousands of families and businesses in Lower Manhattan.

This class boils down how Moses amassed his power, what he built and the consequences of how it all got done. We'll discuss Jacobs' ideas about the modern city, how she fought Moses, and how both continue to shape the debate about urban development. It's for history lovers, armchair urbanists and anyone curious about why New York looks the way it does.