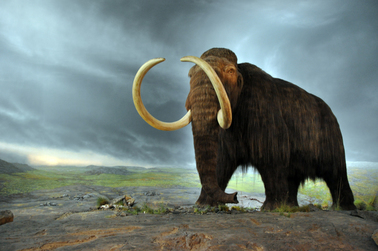 Woolly mammoths have been extinct for nearly 10,000 years, but soon they may walk again. Teams of scientists are currently working on recreating the woolly mammoth through cloning and gene migration. If they are successful, the woolly mammoth could be one of the first extinct species to ever be resurrected!

This class will cover the fascinating past of the woolly mammoth and its cousin, the mastodon. Both animals once covered the globe from North America to Europe and Asia, but how much do you know about these Ice Age giants? Get ready to take care of one of your own by learning about their diet, behavior, appearance, environment, and, of course, their eventual extinction, which some people think may have been the first caused by humans. We’ll also study the science of how to recover ancient DNA, clone an animal, and deal with the practical and ethical problems of de-extinction.

No prior knowledge of science or archaeology is necessary. This class probably won’t allow you to actually build your own Jurassic Park, but you’ll come away with a better understanding of how everything old might be new again.