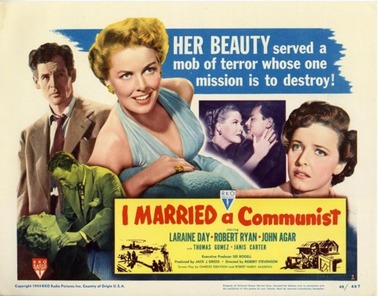 Long before the “War on Terror” was used as an excuse to frighten the population and stifle political dissent, Washington, D.C. waged a “War on Communism” with generous assistance from the Hollywood film studios. “Are you now or have you ever been a member of the Communist Party?” shouted Washington, D.C. congressmen to Hollywood actors, directors, and writers, in the years following World War II.

As Cold War tensions between the United States and Soviet Union heated up in 1947, movie studio moguls and politicos imagined “reds” and “pinkos” in every reel of film. As a result, hundreds of film artists – from radical leftists to liberal Democrats – were denied employment, and even threatened with prison terms, as anti-communist hysteria rocked the nation. Join film historian Max Alvarez as he takes you (through rare DVD clips and visuals) on an explosive trip back to the darkest chapter in Hollywood history – the notorious blacklist era of the late '40s and '50s.