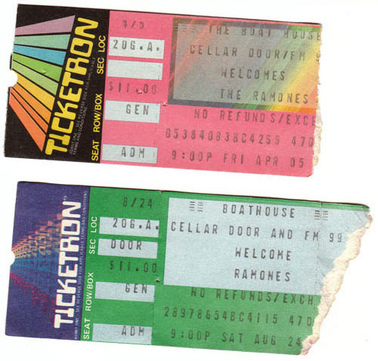 Sean O’Brien is finishing his Master’s degree in History at Brooklyn College. His focus is in the Age of Democratic Revolutions and New York City history. He lives in Brooklyn, and spends most of his free time tracking down the hidden history of NYC (all 400+ years of it.) He is also a writer, a musician, music and film nerd, a decent cook, and an even better drinker. (If the Irish name didn't give that away.)

Explore the music, people, scene, and movement of the most misunderstood pop-culture phenomenon. This class will talk about the origins of Punk Rock, the bands that shaped the movement, the clubs where they played, the people who made an impact on the scene, and what it all means. Punk is one of the most influential forms of music created in the last 50 years, yet is has been marginalized, mocked, ignored, and discredited forms of expression. This class intends to set the record straight and infuse a new appreciation of Punk Rock.