Paradise Found! The History of Eden on Earth 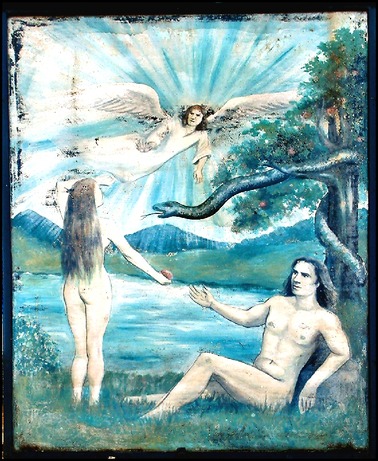 Brook Wilensky-Lanford is the author of Paradise Lust: Searching for the Garden of Eden and an editor of the online literary magazine Killing the Buddha. When not scouring subway maps for the river Pishon or checking sidewalk trees for apple-peddling reptiles, she can be found in the Garden State, where she lives with her boyfriend and two cats.

You know the story: a man, a woman, an apple, a snake. But did you know that people are still looking for the "real" Garden of Eden on Earth? Since the late nineteenth century, a surprising selection of amateur archaeologists, ministers, entrepreneurs, and ordinary citizens have set out to find Eden, using the Bible's geographical description of Eden (Gen 2:10-14) as a map. And each ended up at a different spot on the globe -- Iraq, Egypt, Ohio, the North Pole, and Sri Lanka, to name just a few.

In this two-session class, we'll discuss whatever made people think Eden was a real place anyway, and we'll follow the three of the most unusual theories, complete with maps: the Methodist minister who thought God created man at the North Pole; the Chinese entrepreneur who found Eden in outer Mongolia, and the retired 1950s lawyer who opened an Eden theme park in the Florida Panhandle. You'll get to practice your own creative Bible interpretation -- and learn why finding Eden may not be such a crazy idea after all.