Our Zombies, Our Selves 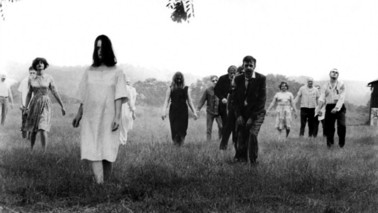 Rob Freeman is a Southern born, Brooklyn-based anthropologist, writer, and educator. His interests span everything from queer theory and social revolution to the philosophy of science and the impending zombie apocalypse. Not surprisingly, his resume is a disaster.

From Bela Lugosi’s role as Haitian vodou master Murder Legendre in the 1932 film White Zombie to AMC’s Golden Globe-nominated television series The Walking Dead, we have long been both horrified and fascinated by cinematic tales of the undead. The figure of the zombie, however, has been far from constant throughout the history of film.

Before we came to know and love the lightning-fast, rage-infected antagonists in such films as 28 Days Later and [REC], graphic depictions of zombies took a variety of forms, including glassy-eyed victims of drug-induced walking comas and painfully slow, half-rotten monsters seen literally clawing their way from the grave in search of cerebral snacks. If we take a closer look, it becomes clear that these representational transitions are far from arbitrary. Amidst the scattered entrails, gaping wounds, mangled corpses, and throngs of flesh-craving maniacs, there in fact lies something of ourselves – a fear rooted deep in our collective consciousness.

In this class we will explore how zombie films of the past few decades, from George Romero’s 1968 classic Night of the Living Dead to Marc Forster’s World War Z, often serve as an index for contemporary social anxieties. More than just providing spine-tingling entertainment, zombie flicks have dealt in interesting ways with our collective fears surrounding such issues as imperialism, HIV/AIDS, science and technology, social and financial collapse, immigration, and post-apocalyptic civil unrest.

We will draw on a selection of clips from over a dozen contemporary zombie movies in an attempt to trace the development of the zombie throughout the history of film, paying specific attention to the allegorical relationship between the living and the, well, not-so-living. And we might just learn a few nifty survival tips along the way!