NYC and the Occult 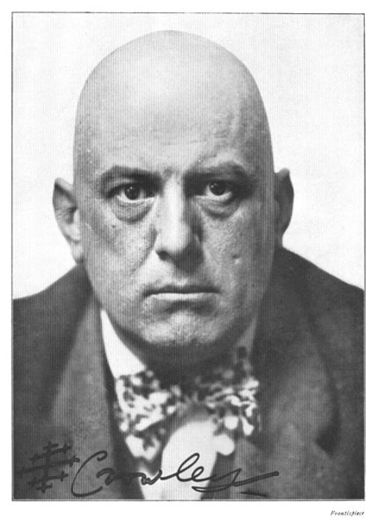 Fitz is an Anthropologist, Event Security Specialist, and Sideshow Enthusiast. His experiences have ranged from Music Promotion, a brief foray into Silicone Alley before the Dotcom Collapse, years involved in Pharmaceutical Research, Safety and Litigation Support, and Archaeological projects involving Pre-Contact New York and Early Stone Age Tanzania. He has a strong interest and background in the biological and behavioral understanding of Modern Human Origins. For the last ten years he has been involved with the operations of Coney Island USA's Mermaid Parade and is a graduate of their Sideshow School. He is presently involved in an Anthropological Analysis of Art Theft and Restitution related to Vichy France and has a lifelong
interest in nearly all things just at the edges of respectability.

As a shadow cast by the rise of Rationalism, in the in between spaces created by the fundamental doubts caused by Darwin, Marx, Nietzsche, and others, an unlikely revival of the Occult began in the 19th Century and continues on to this day. And as the Crossroads of the World, New York has acted as an important intersection for this revival and was a significant place for nearly every major figure and movement.

This presentation will focus upon those major figures who used New York as an incubator for their ideas and influence such as:

• Paschal Beverly Randolph (1825 to 1875), a medical doctor of African descent and pallbearer for Abraham Lincoln, who began as a Spiritualist and pioneered the integration of sexuality into the practices of Rosicrucianism.

• Helena P. Blavatsky (1831 - 1891), a Russian seeress who founded the Theosophical Society in New York, a movement responsible for the spread of ideas synthesized from the East with those of the West which has had enormous influence internationally.

• Aliester Crowley (1875 - 1947) who lived out the First World War in New York as a writer for magazines such as The International, and Vanity Fair, while engaged in the exploration of his ideas on sexual magic and its relationship to the so-called "Aeon of Horus" for which he saw himself as Prophet and instigator.

• The Church of Satan, whose flamboyant reputation was greatly bolstered by its New York membership in the Lilith Grotto which was the subject of local media attention.

• The Process Church of the Final Judgment, a Scientology derived movement whose primary center was for a long time in New York and whose doctrine of the reconciliation of Christ and Satan would fuel paranoid hysteria for decades.

• Rumors such as the esoteric origins of the United Nations, the reality of the Necronomicon, "occult crime hysteria" in the 1980s and 1990s, and contemporary figures and movements which still call New York home will be addressed.

In addition, an anthopological and cognitive approach to why magic endures will be presented to integrate the significance of these movements into a broader context.