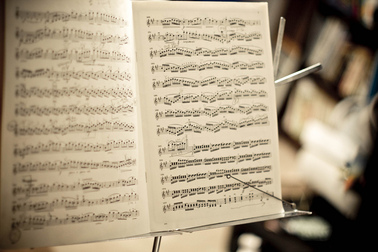 American composer Brooks Frederickson was born in Fort Wayne, Indiana. He received his Bachelors of Music Composition degree from Butler University where he studied composition with Dr. Michael Schelle and Dr. Frank Felice, and percussion with Jon Crabiel. Brooks spent a year of studying at the Royal College of Music in London, England where he studied composition with Dr. Alison Kay and piano with David Ward.

Brooks' music has been performed in the United States, England and Scotland. Recent performances have been by consortium5, Contemporary Consort – Royal College of Music. Brooks is also active in writing music for dance. Companies he has collaborated with include Free Fall Dance Group (based in Oxford, UK) and Spark Movement Collective (based in Brooklyn, NY). Brooks has participated in workshops led by Mark-Anthony Turnage and Patrick Bailey.

Brooks' music can be found on England's nonclassical record label.

Brooks has just been admitted to New York University's Masters in Music Composition program. There he will study with Julia Wolfe and Justin Dello Joio. Future compositions include pieces for the renowned JACK Quartet, and the guitarist Zane Merrit. Future education plans are to attend graduate school studying composition, and continuing through to achieving a Doctorate in Composition.

Music is sometimes called the "universal language", but if you don't know how that language is put together, you may not be understanding everything that is being said to you.

This class will give non-musicians the tools and knowledge you need to understand how music works, how music is constructed, and where our current music came from.

Topics will be brought to life by music from as far back as Bach and as modern as whatever song is #1 the day of the class (really). You don't need to know how to play an instrument or how to read music for this course.