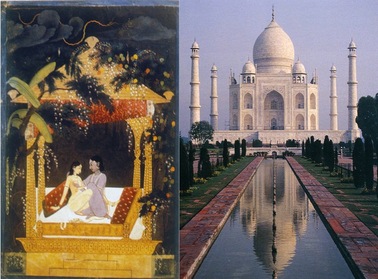 Lauren is a native New Yorker who recently earned her M.A in Art History.  She's Adjunct Faculty at Fairfield University and the School of Mahanaim where she teaches classes such as History of Photography, A Black Experience, and Art History: Prehistoric - Contemporary.  When she’s not reading about photography, you can find her stalking various bakeries for the best rainbow cookie, watching tv shows & movies about time travel, and gathering together (A.K.A. obsessing over) her favorite images on Pinterest.

India saw political, social, and religious changes beginning in the thirteenth century. Mughal kings shaped art and artistic practices in the north while Hindu kings did the same in the south. Politically, India was vulnerable to invasion and occupation as it was situated at the crossroads between the east and the west.

We’ll look at these concepts through the formal, physical, elements and the cultural, social, contexts of Islamic mosque architecture and Hindu gopuram as well as Rajput and Mughal miniature painting. We’ll also look at the influence of British colonization on the traditions of India.

This beginner course will help you to develop the descriptive, technical, and conceptual vocabulary for intelligent discussion about Indian art as well as for the expression of the sensibilities of India after 1200.