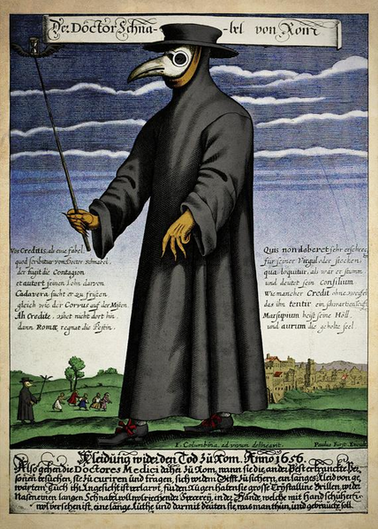 If Covid-19 quarantine has you down, come learn about how much worse things could be! In this class, we’ll talk about five of humanity’s oldest – and deadliest – diseases.

Malaria: As if you didn't already hate mosquitos enough, this bug-borne plague is the oldest disease of them all and has been plaguing humans since before we were entirely humans. It’s left its mark on history, culture, and even your DNA.

Leprosy: It’s mentioned in the Bible as well as the writings of Ancient Egypt, Greece, China, and India. In medieval Europe, people with leprosy wore bells to warn of infection – but leprosy, which can be transmitted by armadillos, is actually of one the world's least contagious diseases.

Typhus: This confusingly named disease (no, it’s not the same as typhoid) dates back at least to the Ancient Greeks, and is the most likely candidate for the mysterious 430 BCE plague in Athens. It also drove Napoleon out of Russia and has determined the outcome of more wars than any other factor.

Syphilis: While European colonizers spread many diseases to the so-called “New World”, this is the only one that traveled the other way. Stigma and bias due to its sexually-transmitted nature has led to it being called “the French Disease”, “the Italian Disease”, “the Spanish Disease”, and “the Polish Disease” at various points in history, but a persistent bacteria – and not any particular culture – is to blame for this particular plague.

Bubonic Plague: Perhaps the most famous plague of them all! From plague doctor costumes to early biological warfare, we’ll cover everything you could want (and not want) to know about the Black Death.

This talk requires no medical or historical knowledge – just an appreciation for the diseases you won’t catch in your local grocery store.