Get Unstuck: Get Writing, Again 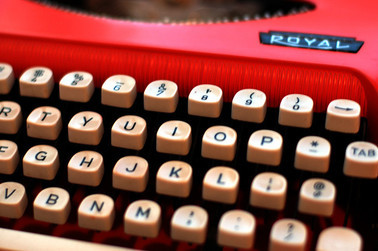 Jennifer Mattson is a former radio producer for "The Connection" and worked as an editor for National Public Radio. She spent over six years as a producer for CNN, where she was responsible for CNN's daily live newscasts and producing CNN's international coverage. Jennifer came to CNN to work in the Washington bureau's political unit during the 1996 U.S. presidential election. She later moved to Atlanta, where she worked first as a writer and then as a newscast producer at CNN International. Prior to joining CNN, Jennifer worked as a reporter based in Budapest, Hungary covering Eastern Europe, where she reported on a number of regional stories for USA TODAY including a piece on George Soros and the Clinton-Yeltsin CSCE Summit. She has also reported, most recently, from Asia. Her work has appeared in TheAtlantic.com, USA TODAY, The Boston Globe, The Women's Review of Books, AsianCorrespondent.com, Tablettalk.com and CNN.com. She is the former Managing Editor of AsiaSociety.org. Follow her on Twitter at @jennifermattson

You love to write, perhaps it's torture... Either way you wish you were doing more of it.

In this day-long class, we'll get you writing again through a series of tools, exercises and discussions from famous creativity and writing experts such as Natalie Goldberg, author of "Writing Down The Bones" and Julia Cameron's "The Artist's Way."

Bring a pen and paper or a laptop. We will be writing by hand. You can also bring a laptop for our afternoon session, if you want. You'll be glad you took the plunge. We'll take an hour lunch break during the day, and you can bring food from home or explore the neighborhood restaurants.