Gardening Basics: How Does Your Garden Grow? 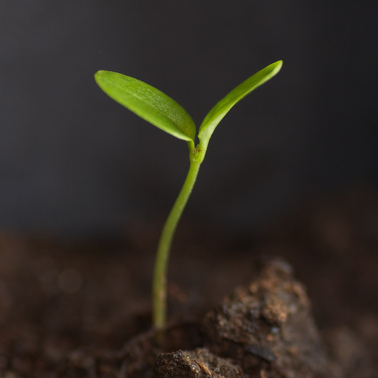 Originally from West Virginia, Kimberly Sevilla worked at the USDA Appalachian Fruit Research Station for four years as a research assistant while working towards a degree in Biology and Chemistry at Shepherd University.

In 1992, she decided to take a sabbatical prior to entering graduate school and moved to New York City to pursue a career in more creative fields. She attended FIT and Parson's eventually found her niche designing and building window displays, trade show displays and museum exhibits. Her clients included The Smithsonian, Reebok, Pepsi, Nike, Barney’s, Cole Haan, Calvin Klein, Burberry, Mac Cosmetics, Kenneth Cole, the NFL, the MLB, Lego and other A-list companies.

Building Tradeshow Exhibits and Museum Displays took Kimberly around the world. Everywhere she went she would take some time off to visit botanical gardens and study how other people garden, particularly in urban spaces. Places visited included Japan, Korea, Malaysia, China, Italy, France and the UK.

After the birth of their daughter in 2008, Kimberly decided to make another life change and open a garden center and floral design studio in Brooklyn called Rose Red & Lavender where her focus would be on Organic Gardening, Stunning Floral Design and Growing Food in small spaces.

In this two-part class, we'll give you your green thumbs.

Do you want to know what to plant, where to plant it and when to plant? We will talk about the who's, when's, where's and why's of gardening.

Call it guiding nature. Learn about types of soil, best methods for small, urban gardens and intercropping and planting. You'll leave with all the tools needed to plan your urban oasis.

Since we don't all have sun-filled backyards in the city, we'll also talk about container gardening, raised beds, vertical gardening and rooftop gardening. You will learn the advantages and disadvantages of each method and which one will work for you.

Seeds are a gift, seeds are magical, and a small handful can keep you fed for life.

Learn how to start seeds (and start some in class to take home!) and talk about different methods for seed starting. We will talk about saving seeds, harvesting seeds and unique ways to get seed. Learn about succession planting and when to plant what seed.

We'll also cover the differences among heirlooms, hybrids, and open pollinated varieties. Lastly, we'll discuss the clever ways that plants propogate, like bulbs and corms. If time allows, we can dive into the GMO debate as well.

Even if you've never grown anything but a cactus, you can become a master gardener. 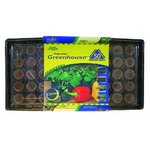