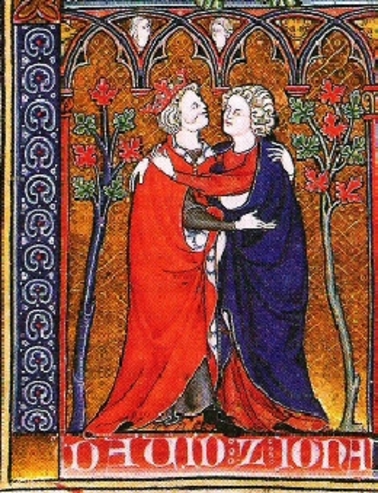 Tweet
This is an old class! Check out the current classes, or sign up for our mailing list to see if we'll offer this one again.
*This is a live, online class via Zoom.*
Same-sex marriage in the United States became legal five years ago, in June 2015. In this class, we’ll celebrate that anniversary with a history of queer couples that goes back much, much further!

Throughout history and across the world, queer people have not only existed but found ways to recognize and celebrate their relationships. We’ll talk about examples from Ancient Egypt to HBO’s Gentleman Jack, with stops in Native America, Medieval Europe, and China along the way. You may even recognize a few names! Both a British king and an American president had a partner they called “husband”.

June is international pride month. Join us for an evening filled with stories of same-sex romance, resistance, and love.